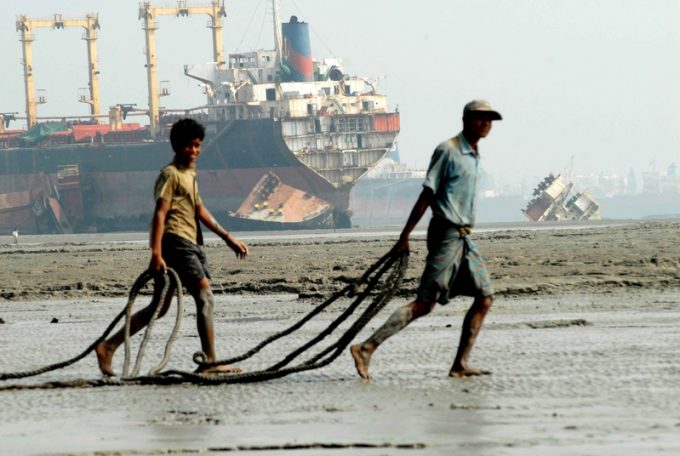 Containership demolition virtually dried up in December as shipowners and carriers deployed all available tonnage to meet surging demand across trades.

Huge spikes in ocean freight rates in the second half of last year and corresponding hikes in charter hire rates enabled previously uneconomic smaller containerships to become sought-after by carriers desperate to plug gaps in their networks and take advantage of the demand boom.

And with low bunker prices, fuel efficiency was the least of the requirements of potential charterers.

According to the latest data from shipbroker Braemar ACM, just one small 500 teu containership was sold for scrap last month.

The demolition count last year was weighted by scrappings in the first six months, when 55 ships were sold for recycling, according to Alphaliner data.

And, in today’s charter market report, Braemar ACM said the demolition market had “continued in the same vein as 2020 had left off”.

The shipbroker said: “In what is likely to be the trend in the foreseeable future, the week saw the first small feeder marketed for demolition by a major liner company.”

According to broker sources, the sale and purchase (S&P) market remains “red hot” for any containerships that become available, with MSC often quoted to be the “most aggressive” hunter in the market.

“The liners are even happy to take a ship that comes with a charter party in place, on the basis that they will be able to deploy the ship themselves once the charter expires,” said a broker.

Braemar added: “Operators continue to be aggressive buyers of tonnage, especially on post-panamax, with increasingly older vessels being considered.”

Indeed, the value of containerships has surged since September, reflecting the much higher daily hire rates even the smaller sectors can now command.

For example, according to vesselsvalue.com, the value of the Danaos-owned 2007-built 4,253 teu Seattle C has soared in the past six months. In July, vesselsvalue.com valued the ship at $5.8m or $5.02m for scrap. Its current market value is shown as $15.84m with a demolition valuation of $7.19m.

With the surge in the value of containerships and despite an increase in scrap prices, there seems little incentive for owners to go down the recycling route.