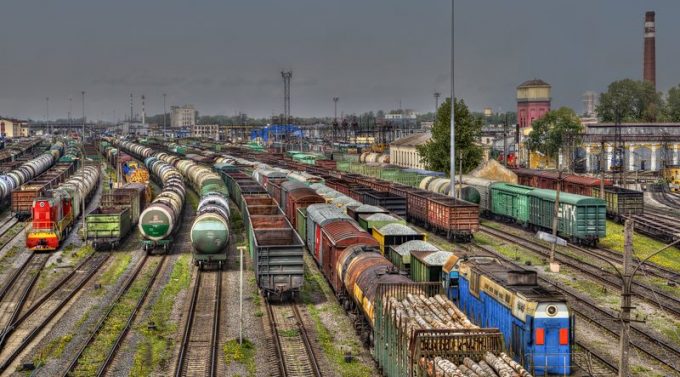 Russian Railways has been included in a US list of sanctioned Russian companies – but there is, as yet, no ban on transport through Russia.

However, Flexport said this morning that it “has ceased accepting bookings on our China to Europe Trans-Siberian railroad service effective immediately. All containers en route will be delivered. As of now, the railroad is functioning normally, but customers will be notified immediately if that changes.

The US included the rail company in a list of 13 of “the most crucial major Russian enterprises” subject to restrictions on “all transactions in, provision of financing for and other dealings in new debt … and new equity”.

The entities listed have assets worth nearly $1.4trn and will no longer be able to raise money through the US market.

However, the bans do not restrict the use of trains and, while Russia remains in the Swift international payment system, transactions between international and Russian companies can still take place.

But, warned railfreight.com: “On the other hand, the EU has sanctioned 70% of Russian banks. This means that if one of these banks is involved in a company’s supply chain, the business will stop, since payments can no longer occur.”

Tony Cole, head of ocean for Davies Turner, which offers China-Europe rail services, said: “We sincerely hope there is no escalation of conflict in the region, but if conflict is limited to Ukraine then, as our UK destination service is routed via Belarus, its operation will not be directly affected.

“As far as we are aware, there are no sanctions at this time that are impacting the China rail service to UK, but we will continue to monitor the situation.”

Companies should also note that Russian exports have been sanctioned. Cargo originating in Russia can no longer be transported to the EU and both the EU and US are introducing an export ban on goods and technologies for transport, telecoms and energy bound for Russia.

Europe also wants to ban the sale of all aircraft, aircraft parts and equipment for Russian airlines, while the US has announced major export restrictions to Russia, including aircraft parts. However, there are exceptions for technology necessary for flight safety.

Aviation companies will need to be increasingly vigilant of the latest rules, with payments for aircraft leases, as well as spare parts and insurance, likely to come under the spotlight.