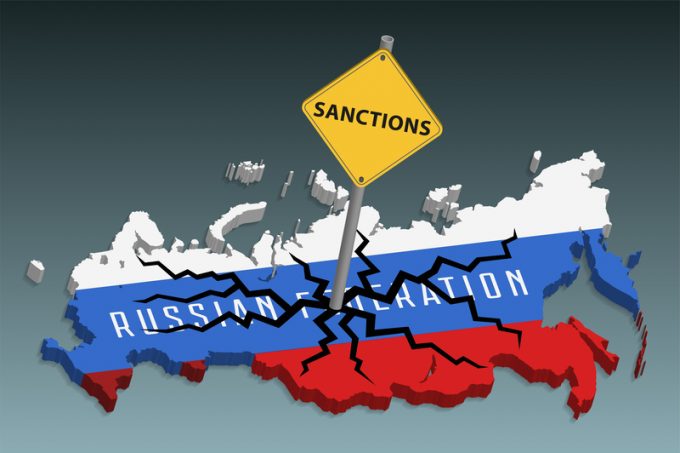 The impact of sanctions against Russia is beginning to be felt across its logistics sector, as transport options dwindle and payment systems lose support.

A source closely tied to Europe’s forwarding and shippers community said that, while “of course” trade with Russia continued, transport operations and financial aspects of the business were “grinding to a halt”, as efforts to persuade Putin to withdraw from Ukraine ratchet up.

The source told The Loadstar: “Businesses not sanctioned have continued to trade with their European partners, but even here questions are beginning to be asked.

“How do you move goods from Russia with air, rail, road and sea facing substantial capacity reductions? The transport system, specifically to Russia, is getting very complicated, at least from the EU.”

On Tuesday evening, following discussions with Ukraine president Volodymr Zelensky, US president Joe Biden tweeted that “our sanctions are already having a devastating impact”.

For logistics, the source said, the most acute sanction to hit Russia is the decision of the EU authorities and other nations to close their airspace to Russian flights and shipping lines and logistics operators severing services to the country.

The source said the combination of sanctions and suspensions would amount to “nothing moving” to or from Russia.

While the source said there remained some options for European businesses manufacturing and moving goods from the likes of China, the Middle East and Turkey to continue trading with Russia, he did not expect this situation to last long, “particularly when you consider issues of payment and the decision to disconnect a lot of Russian banks from SWIFT”.

He added: “Regardless of currency, transactions will not go forward for any European banks, with Australian, Japanese, Swiss, and US banks having already done, or planning to do, the same thing imminently.”

Aviation consultancy IBA released figures indicating the scale of the impact, with 589 aircraft operated by Russian carriers but owned by foreign lessors affected.

It said: “The sanctions require lessors to receive those aircraft by 28 March. However, with flights between Russia and many other countries prohibited, this will be very difficult for lessors to achieve.”

The lessor with the greatest exposure to the Russian market is AerCap, with 152 aircraft in Russia, followed by PSB Leasing (78), VEB-Leasing (76) and VTB Leasing (74). The non-Russian lessor with the greatest proportion of its fleet in Russia is Fortress Transportation (23.23%), followed by Carlyle Aviation Management (10.08%), AerCap (7.53%) and SMBC Aviation Capital (7.45%).

In Ukraine, there are currently 57 lessor-owned grounded aircraft – the lessors with the largest exposure being Dilorsano Consulting (7) and Nordic Aviation Capital (6).

IBA noted: “As many airlines are now prohibited from flying over Russia, many European carriers now need to lengthen their flight routes when flying to and from East Asia, placing them at a competitive disadvantage to Chinese airlines to which Russian airspace is still open. The Middle East ‘super connector’ airlines are also set to benefit, as their flight paths more easily avoid Russian airspace.”

Phil Seymour, IBA president, added: “Many industry stakeholders will feel the impact of the tragic situation in Ukraine, from banks and other sources of finance, lessors, aircraft manufacturers and, of course, airlines. At this point, we forecast that this will delay the industry’s recovery from the pandemic by at least two months.”