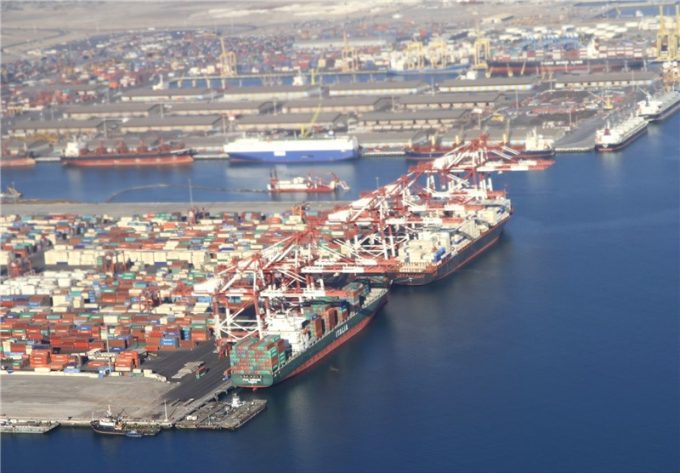 INSTC is a 7,200km multimodal, cross-border freight network that links Russia to Central Asia, Iran and India, involving sea, rail and road links. It was initiated by India, Russia and Iran in 2000, with an agreement signed in 2002, but was never used to its full potential.

In the original concept, Russian consignments for India connected over Bandar Abbas, after traversing the Caspian port of Astrakhan and Iran’s Anzali, for onward shipping to Indian west coast ports (Nhava Sheva/Mundra).

One such a consignment left St Petersburg by rail last week.

“The consignments are two 40ft containers of wood laminates, weighing a total of 41 tonnes,” suggested reports from Iran.

Stakeholders believe the INSTC routing also helps shorten the transit time between India and Russia to 25 days from about 40 under other available connections.

During a recent visit to India, Iranian foreign affairs minister Dr Hossien Amir-Abdollahia called for closer trade ties between the two nations and also pressed for the inclusion of Chabahar Port, in southern Iran, close to the Pakistan border, in the INSTC network, because New Delhi has investment in the modernisation and operation of container berths, under the INSTC framework.

However, Indian efforts at Chabahar have struggled to attract adequate traffic levels for ship operators to invest in regular scheduled offerings on the route.

India Ports Global, a special purpose joint-venture set up by Nhava Sheva/JNPA and Kandla Port, has been leading Indian interest at Chabahar, a project strategically vital for India as it allows New Delhi direct access to Iran, bypassing Pakistan, to handle its growing energy sourcing from the international sanctions-hit country.

“India and Iran are active players in the INSTC corridor, which has assumed greater importance in view of war between Russia and Ukraine,” said A Sakthivel, president of the Federation of Indian Export Organisations.

“There is a need to bring Chabahar under the INSTC to forge a partnership with Afghanistan and Central Asian countries, besides using the important route of Bandar Abbas. Indian exporters are keen to use the route, which reduces voyage time to Central Asia by 40% and costs by 30%.”

Mr Sakthivel also noted that no agency had stepped forward to provide an end-to-end logistics solution for the trade community via this alternative corridor, ostensibly deterred by cargo security risks.

While it remains to be seen how far INSTC would help India and Russia grow trade volumes across tense borders, the two strategic partners saw bilateral trade soar nearly 46% between April 2021 and February 2022 to $11.9bn, according to available data.