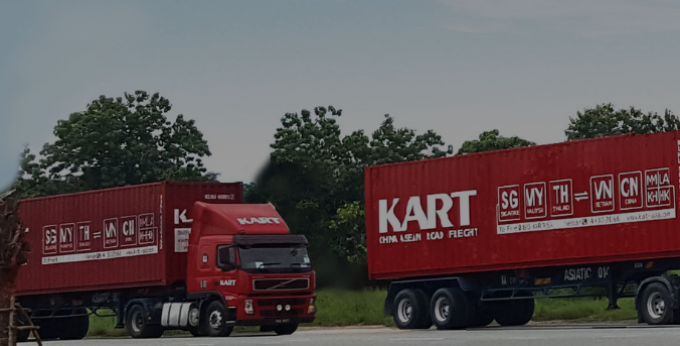 Increased freight demand across South-east Asia has given rise to a new breed of intermodal networks, driven by cross-border trucking.

According to Gursimran Singh, regional business development manager at China-ASEAN road freight specialist Kart Asia, more and more large 3PLs are choosing Bangkok as their regional logistics hub and are relying on cross-border trucking networks for air and sea connections.

“It’s really fascinating to see a lot of new models coming up,” he told The Loadstar.

“Until last year we were seeing mostly point-to-point movements, now what’s really popping up for us is the intermodal combinations of road-air and road-sea.”

For example, he said, trucking cargo from Vietnam, Cambodia and Laos for air and sea connections at Bangkok Airport and Laem Chabang port are increasingly common. One factor supporting this is the airport congestion experienced in these countries during peak season.

Increased demand has also seen reefer trucking of electronics gain traction. Mr Singh said this used to happen mostly between China and Vietnam, but now reefer trucks with electronics are running all the way to Malaysia.

“Recently we did a trial reefer shipment from Cambodia to Myanmar, something we never previously thought the demand would be there for,” he added.

Overall, the largest road freight tradelanes are between Thailand, Malaysia and Singapore, closely followed by movements between China and Vietnam. Electronics, fashion and lifestyle, FMCG and the auto markets make up the bulk of the volumes.

“The road network is a very niche market – if your volumes aren’t that big then you definitely want to use air, but if you have a few hundred tons a month then road networks come into play, because lead-time capabilities are very similar to air, but the price is much lower,” explained Mr Singh.

Kart Asia is a unit of Hong Kong-based 3PL Kerry Logistics, but Mr Singh stresses that it runs as an independent company from its own headquarters in Bangkok. he believes the firm’s philosophy of acting as a neutral asset-based service provider to large 3PLs is a major pillar of its success.

“It gives us an edge on being the favourite for bigger 3PLs to use, because they feel much safer using us rather than competitors trying to go direct to shippers,” said Mr Singh.

The strategy appears to be paying off, with Kart claiming the largest road freight network in South-east Asia: more than 260 self-owned container trucks making up to 2,000 trips each month.

One scenario that could boost China-ASEAN road freight even further, according to Mr Singh, would be enhanced land border customs clearance capabilities for e-commerce cargo, bringing it in line with those at the region’s airports.

“There’s a lot of hiccups when you move e-commerce or express cargo via road, as it is mainly B2B2C or direct B2C, and that’s basically not allowed in terms of road movement because, generally with e-commerce, you need a manifest clearance as you can’t declare it per invoice. Manifest clearance is not allowed at border crossings, only at airports.

“But the day they allow this, I can see the road network growing, and not just by a few percentage points,” he claimed.

Alibaba’s new logistics hub in Kuala Lumpur could help speed up an overhaul of the region’s customs clearance procedures, he said, since the e-commerce giant would not want to be over-reliant on air cargo. 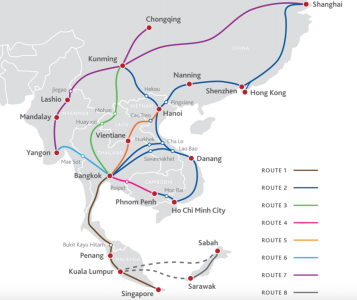