News / Riding the rebound, Canada's port of Hamilton positions itself for cargo growth 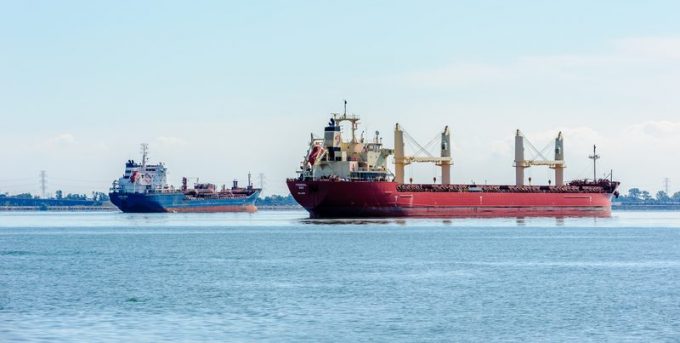 Canada’s port of Hamilton is preparing for rising cargo traffic with the development of an intermodal satellite hub.

A strong rebound in the second half of last year lifted the annual cargo volume at the port to the level of 2019, reversing an earlier sharp drop in throughput.

“Around June, we were 30% down and it’s been quite a recovery. December volumes were up over 40%,” said Ian Hamilton, president and VEO of HOPA Ports, which runs the ports of Hamilton and Oshawa.

Grain exports, which increased 20% last year, were a massive driver of the surge in volumes, beside steel, traditionally the big engine of Hamilton’s traffic.

And additional momentum has come from recent additions to the fold: the city’s economy, built around the steel business, has diversified with the development of the tech, healthcare and life sciences sectors.

Mr Hamilton said he saw plenty of opportunities, particularly in the agri-food sector, where a recent entrant processes raw sugar into liquid and dry products. This, in turn, makes the region more attractive to fast food and bakery firms, he noted.

The arrival of new businesses is tied to broader trends. Space constraints and the related rise in costs are prompting firms to look beyond the Greater Toronto Area (GTA) to the Niagara region, while the worsening congestion in the GTA and on the Toronto-Montreal corridor is causing companies to look at marine links up the St Lawrence river to the Great Lakes.

In October, a general cargo vessel carried 383 containers from Montreal to Toronto – the first cabotage container shipment on the route since the early 1980s. MSC, which supported the move, has indicated it was looking at more ad hoc services of this type.

“The environment has changed,” said Mr Hamilton, pointing to virtual gridlock around the GTA, as well as greater concern about sustainability and pollution issues, cost and greater interest in international business.

“It’s a convergence of events that favour marine [transport].”

Expectations of more investment in infrastructure, fuelled by stimulus packages both in Canada and the US, are adding to upbeat expectations in the region.

With limited scope for expansion on its own turf, the port of Hamilton is reaching out to nearby locations. December witnessed the formal launch of the Thorold Multimodal Hub, a 200-acre industrial site on the Welland Canal, managed by HOPA Ports through its Great Lakes Port Management subsidiary.

The site includes space owned by HOPA plus a 155-acre former paper mill recently purchased by Bioveld Canada, which specialises in the repurposing of brownfield and industrial sites.

About 75 km from the port , the hub has rail service by both Canadian class 1 railways and offers some 500,000 sq ft of covered storage and about 100 acres of outdoor laydown area. There is also road access to Hamilton’s John C Munro International Airport, the hub of Cargojet, the nation’s largest cargo airline.

“This is a highly flexible waterfront space,” said Jeremy Dunn, commercial vice-president of HOPA Ports. “Leases here will include indoor, outdoor, turnkey and develop-to-suit. Companies locating here will benefit from proximity to the US border, availability of marine and rail and its strategic location in the Niagara-Hamilton-Toronto trade corridor.”

Mr Hamilton said the hub was the first step of a broader strategy agreed by HOPA Ports and civic stakeholders in the region to create a corridor of multimodal hubs along the Welland Canal. Two other hubs are in conceptual stages, and Mr Hamilton hopes more public money can become available for future development.

“We are keen to encourage the [federal] government to replenish the National Freight Corridor Fund, which has been very successful,” he said. He was encouraged by the news last week that the government of Quebec will funnel C$55m (US$43.18m) towards the Montreal Port Authority’s plan for a new container terminal in Contrecoeur.

Underscoring Hamilton’s growing international ambitions, the city was designated a foreign trade zone in November. HOPA Ports had been one of the players that had pushed the plan, with the city’s economic development department and the airport authority.

“This adds to the attraction and the competitiveness of the area. It opens new doors,” said Mr Hamilton.