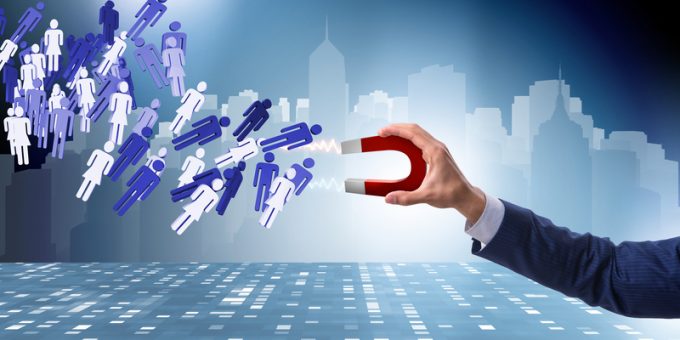 IAG Cargo has launched its “biggest-ever recruitment drive” as it looks to hire 500 staff across the business.

To that end, it has appointed a chief people officer, Caroline Andrews, recruited from DHL Express, where she was VP HR for the UK and Ireland.

Although IAG Cargo did not confirm whether these are replacement or additional staff, in June 2020 it announced it was to fire 500 people. However, since then the jobs market has, famously, become increasingly challenging for employers.

IAG is not the only airline looking to replenish its labour stock, Emirates announced a recruitment drive today.

And lack of staff at airlines could be holding back the return of belly capacity.

“In a number of cases, lack of suitably trained employees across a wide range of activities is acting to constrain the return of capacity,” explained Chris Tarry, head of Ctaira aviation consultancy.

“While some airlines have put up fares (eg, in the US) as a result of genuine demand, in my view, and that of others, BA has been doing it on some routes to dissuade demand.

“There has been a structural shift, as those who left the aviation industry have gone to other jobs with better work/life balance, working environment and better pay.”

A spokesperson for Virgin Atlantic Cargo said, however: “Whilst we are aware that recruitment may have been a challenge in the industry, we are pleased we have been able to maintain our schedule and on time performance, continuing to deliver a reliable service for our customers.”

But the shortage is being felt across the aviation and air cargo industry. Cargo handlers in particular have faced serious challenges recruiting, which, according to Robert Fordree, EVP global cargo services at Menzies, is due to a variety of factors.

“We are facing labour challenges everywhere. Staff turnover is immense.”

One of the reasons, he suggests, is competing industries near airports – something airports had always wanted to attract, but which are now creating difficulties for them.

“Many people who worked at airports were furloughed and have not come back. If you live within a two-to-three mile radius of an airport, there are a lot more businesses there – now you have Amazon, supermarkets, HGV businesses. We are just not seeing the scale of engagement of people wanting to work at the airport.

“There are more centralised distribution centres and fulfilment centres than before. They are on greenfield sites, with new buildings, better lighting, better accessibility, better technology, and it’s a more attractive environment, and cleaner. Unless you are addicted to jet fuel, you are more likely to want that.”

And salary could be part of the answer. Mr Tarry noted that, on aviation job websites, there was “no shortage of vacancies across many areas where all are cited to be urgent”. But, he added: “When you look at the pay rate, it’s not much above the minimum (for all activities including ramp/loaders/security).”

But Mr Fordree said money was not the silver bullet to save the crisis, explaining: “You can’t just throw money at it, it’s not sustainable.”

Menzies is developing a strategy to make cargo more attractive, and to recruit new types of people.

“I don’t think the cargo industry has done a good job at making us attractive as employers. If you say ‘cargo handling’, it doesn’t seem attractive, but in fact we are a global logistics provider.

“People don’t know that when they answer the door to an Amazon delivery, we may well have handled it. I don’t think there is a wide understanding of what we contribute, and that’s something we have to change.

“But that’s just marketing. There has also been a huge lack of investment in new talent. Handling is hard work; it can be unsociable hours and in a dark environment. I think we should be looking at technology solutions to this problem. If we don’t invest in tech, we won’t attract the new generations.

“We will always need good people, but we can use tech and we may not need the same number of people.  Technology will allow them to do the job more easily.

“If you build a pallet, you need a significant amount of training. But if you can introduce automated processes that can be followed, you are less reliant on one individual for that knowledge.”

Menzies is also spending time talking to ex-forces members, and has started to go into schools and universities to spread the logistics word.

“We also now send operations people to job fairs, not just HR, but people who actually know the jobs.”

Crucially, he believes, the key is also to retain staff.

“We have to look after our people. Ops and duty managers are a very attractive commodity. So potential salaries are greater than before.”

Without getting new staff, the impact is likely to be that existing staff have to be more flexible in their hours, he added.

Back at IAG Cargo, it appears it too is chasing the same staff as other airport businesses.

A spokesperson said it was hiring across “operations, projects, data & analytics, digital, commercial and HR”.

“From an operational perspective at Heathrow, we’re looking for colleagues for a variety of roles including airside drivers, cargo handling agents, warehouse team leaders and cargo planning managers.” 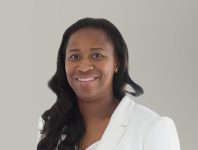 It would seem that Ms Andrews, pictured above, has her work cut out. She said: “It’s an exciting time of transformation for the business, and I am looking forward to working with the senior leadership to put in place long-term strategies that unlock the potential of our growing workforce across the globe, and drives a culture that makes IAG Cargo an employer of choice.”