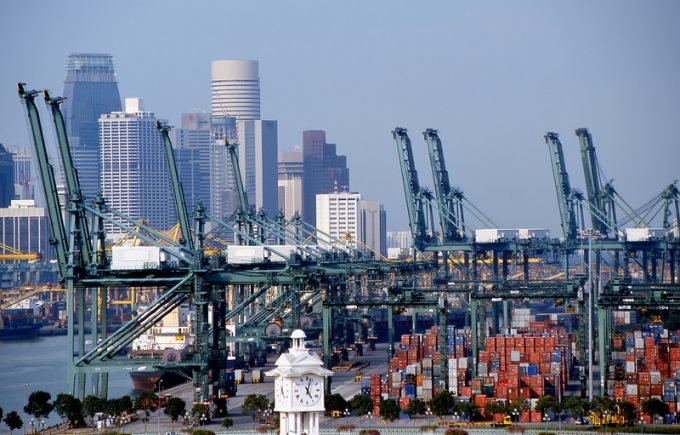 Singapore’s terminal operator PSA today reported that it handled 67.63m teu across both its international network of facilities and its flagship home terminals.

The group’s throughput represented a 5.5% increase over 2015, when it saw total volumes decline 2% year-on-year, led by an 8.7% decrease in volumes at Singapore, as south-east Asia’s major transhipment hub faced unprecedented competition from nearby ports in Malaysia amidst weak Asia-Europe trade volumes.

Chief executive Tan Chong Meng admitted that 2016 had been only a marginal improvement, with its Singapore volumes largely stagnant – handling 30.59m teu, representing a slight 0.1% decline.

“2016 served up another difficult year for the port and shipping industry. We had to grapple with sluggish global trade, weak demand for container shipment, sustained excess shipping capacity and depressed freight rates,” Mr Tan said.

However, its international terminals fared far better, reporting a combined throughput of 37.04m teu – growth of 10.6%.

“Against this unsettling landscape, the PSA Group managed to achieve positive growth, and we are grateful to our customers and partners for their continued patronage and support at our terminals around the world. I would also like to convey deep appreciation to our unions and staff for their dedication and hard work in the face of the many challenges,” Mr Tan continued.

Of particular note was the performance of Antwerp, where its terminals breached the 10m teu mark for the first time, propelled by volumes from its largest customers, MSC. The two companies are jointly developing a new terminal for the carriers, in the port’s Deurganckdok area.

And the shifting container shipping landscape has also forced PSA to look at further partnerships with carriers, and Mr Tan said that other challenges would present themselves this year.

“The tough business environment is likely to continue into 2017 but that is not the whole story. We may witness more system-wide changes brought on by the convergence of slow market growth, emerging technologies and new business needs.

“Rapid consolidations in the container liner industry are giving rise to uncertainties as well as opportunities. New shipping service deployments and products will hit the market, demanding adjustments and adaptations by not only terminal operators, but players big and small in the global supply chain,” he said.