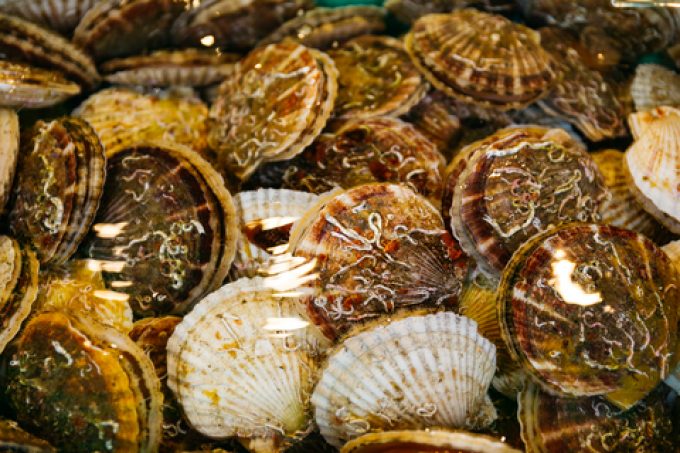 Perishables exporters have been given a lift by DHL’s new charter flights from Hokkaido to Hong Kong, as the pandemic prompts a re-jig of Japanese supply chains.

Launched late last month, DHL is operating three flights a week out of Chitose Airport, coinciding with the June to October scallop season.

The forwarder said the charter flights were the only direct airfreight connection from Hokkaido to Hong Kong, following the grounding of international flights due to Covid-19.

Charles Kaufmann, president of DHL Global Forwarding Japan and CEO North Asia, said: “As countries took time to recover and travel restrictions remained firmly in place for weeks before being gradually lifted, there was an urgent demand to bring fresh perishable seafood to consumers outside Japan.

“With an export pathway established for perishables like scallops, sea cucumber and melons, producers in Hokkaido can be assured that their harvests will reach consumers in a timely manner and in their optimum states.”

Famous for its prized scallops, oysters and prawns, the mountainous northern island of Hokkaido is Japan’s largest food-producing region.

Last year, DHL opened an office in the region’s capital, Sapporo, following high demand for the island’s seafood catch from restaurants and supermarkets in Hong Kong and China.

Within Japan, consumption of seafood has slumped by 20% over the past decade, prompting increased focus on exports and double-digit growth for several years running.

However, the pandemic has put a dent in exports this year, causing them to fall by 35% to ¥14.9bn ($139m) in April, for example, and has made logistics operations costlier and more complex.

“It’s no secret that freight rates have been fluctuating,” Mr Kaufmann told The Loadstar. “Globally, air freight capacity has been scarce due to a sharp decline in passenger flights and blank sailings in ocean freight, resulting in higher than usual freight rates.”

“For example, prior to launching the Chitose-Hong Kong charter, we had to fly perishables from Hokkaido to Hong Kong via Narita [Tokyo], because that was the best alternative available,” he explained.

Outside of perishables, demand for Japan’s other temperature-controlled cargo, such as pharmaceuticals, has held up during the pandemic.

“We have seen high demand for products in the life science and healthcare sector, given it is one of Japan’s key competitive strengths,” noted Mr Kaufmann. “Pharmaceuticals that require temperature-controlled solutions go through our GDP-certified facilities in Nagoya and Osaka.”

Meanwhile, Japan has also joined the ranks of countries looking to diversify its Chinese supply chains. For example, the government announced in April it had set up a $2.2bn fund to aid relocation of Japanese manufacturing from China to South-east Asian countries. But, according to Mr Kaufmann, many companies are taking a wait-and-see approach.

“Prior to the pandemic, we saw a number of companies begin to move their sourcing and production from China to other Asian markets, as part of their expansion plans or due to labour shortage and cost considerations,” he said.

“However, as moving supply chains is an intensive undertaking, many companies are waiting to ride-out the uncertainty before making such major decisions.”