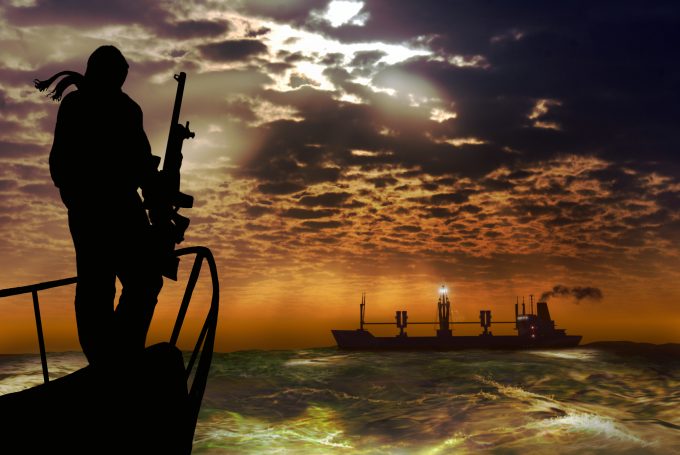 Pirates in the Gulf of Guinea are now believed to be holding more than 30 crew members hostage after a series of vessel hijackings off West Africa.

Earlier this week, The Loadstar cited reports that the Pomerenia Sky (a Maersk-chartered containership) had been hijacked off the coast of Bonny, Nigeria, on 27 October.

A source has subsequently confirmed this and noted that the 11 crew taken hostage have joined captives believed to number around 32 in total.

“[After Pomerenia Sky] an OSV was hijacked and had four crew taken hostage and moved on to a tanker which was hijacked off Pointe Noire, Congo,” the source told The Loadstar.

“We believe the tanker had a crew of 17 and estimate pirates in the Gulf of Guinea are now holding 32 crew hostage, a significant number of people.”

Historically, piracy off the coast of West Africa has focused on tanker hijackings, but with the drop in oil prices in recent years authorities have seen a move towards other ship types.

The source said the low oil prices had reduced the rewards from taking oil ships.

“Instead, they realised crews could be kidnapped more easily, and hiding a dozen men in the delta creeks is far easier than hiding a tanker,” said the source.” And they know they usually have time to attack and kidnap crew before regional navies can mount a response.”

“Our priority is securing the earliest release of the 11 crew who have been taken and we are working closely with our partners and the local authorities to achieve that,” it said. “The families of those crew members taken are being kept informed of the situation.”

Following waves of attacks on ships in the Indian Ocean during the 1990s, carriers resorted to recruiting armed guards. However, while successful, local legislation in Nigeria renders such a move impractical for carriers.

“Reporting also suggests that the pirate gangs are more heavily armed than security teams,” said the source. “So, any sort of engagement from onboard ship security is less likely, due to the potential consequences.”

As for local military, the source said the navies in the region were “doing what they can”, but noted that, Nigeria for example, had no coastguard or any firm anti-piracy legislation.

Although this is expected to change in the near term, the source said the “key” to fighting organised maritime crime was information sharing and regional cooperation.

“While things have improved in terms of cooperation, the region could still do more to issue alerts when incidents happen,” the source continued. “We know that, historically, many crimes go unreported in the Gulf of Guinea, for a number of reasons.

“Increased awareness, reporting and information sharing can only serve to improve overall counter-piracy measures while the issue itself is one of region not individual nation.”