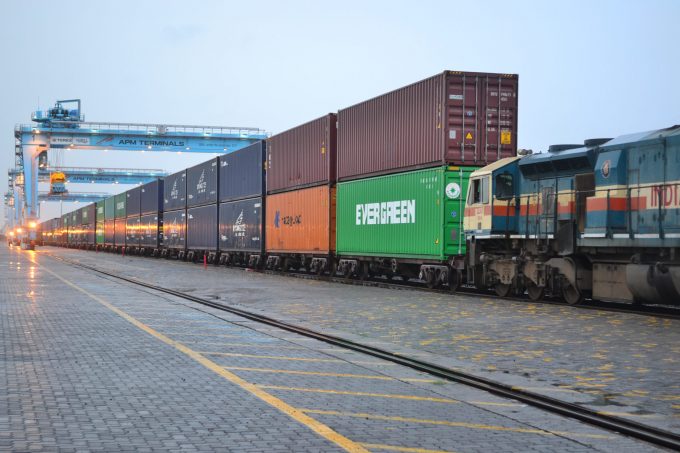 APMT Pipavav said: “The initiative is likely to help the trade to connect with their markets quickly and competitively.”

The company also noted that a hub-and-spoke model helped beneficial cargo owners gain access to other ICDs in India, along with the predictable advantages of shorter transits and time-definite delivery of their exports and imports.

“It’s a weekly service, but not always double-stack,” it told The Loadstar.

However, the chief alluring factor for double-stacked rail movements is higher carrying capacity per trip – generally 180 teu versus 90 teu for a normal haul.

Jakob Friis Sorenson, MD of APM Terminals Pipavav, said: “Customer centricity is at the core of all our initiatives. The rail connection to Jodhpur via Sanand on a hub-and-spoke model will give an edge to our customers.”

For shippers using Pipavav, this premium inland mode, as against conventional off-terminal yard operations where trains operate on a first-in, first-out basis that often leads to turnaround delays, will have a significant positive impact on container flows, as ICD cargo contributes about 50% of the overall volume moved in and out of the port.