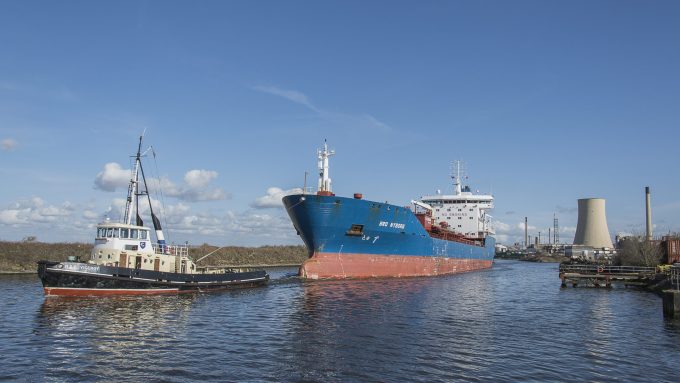 Port of Liverpool operator Peel Ports is looking to add the trimodal port of Salford to its portfolio, with initial works already under way to put in the base infrastructure.

The inland port on the western edge of Manchester will provide a localised logistics service, with the port of Liverpool looking to entice mainline operators to offer direct calls or feeder services from Europe into north-west England.

It would reduce the truck miles for containers delivered to Felixstowe, London Gateway and Southampton.

Services such as these would feed directly into Port Salford Intermodal (PSI) and would be distributed locally from the terminal.

Exactly when  PSI will be operational remains unknown as is the level of investment by Peel, but the nine-hectare site is managed by the government’s Land and Property Services arm with much of the finance coming from government.

Peel Ports COO David Huck told The Loadstar: “In the first phase of development, PSI will handle 775m trains, the largest on the UK network, and trucking services will be connected to the M60, which runs near the terminal.”

The M60 is less than 1km from the PSI site, which has the Manchester Ship Canal to the south and City Airport (Barton) to the north, though the airport handles only light aircraft.

However, as the PSI development is aimed at short leg and internet orders and deliveries, there could be an option to fly drones for localised deliveries. For now, the idea is to reduce truck journeys to and from the port of Liverpool, with containers being handled by rail from there into PSI, allowing hauliers to make three or four deliveries a day and still return home to their families, explained Mr Huck.

It is envisaged that phase one will see the access road and infrastructure established, a container stacking area of 650m length that will be handled by three automated ZPMC-built rail-mounted container gantry cranes and the rail link and sidings necessary for rail operations, with the facility handling eight trains a day.

The site will also include warehousing and is an “optimum location for a logistics operation,” said Mr Huck.

The second phase of development will see additional container stacking space, with a further three automated rai-mounted gantry cranes and, crucially, the canal wharf will be developed as the third mode of transport.

The Manchester Ship Canal, on which the wharf is based, leads directly to the Mersey, creating an on water link to Liverpool Port.