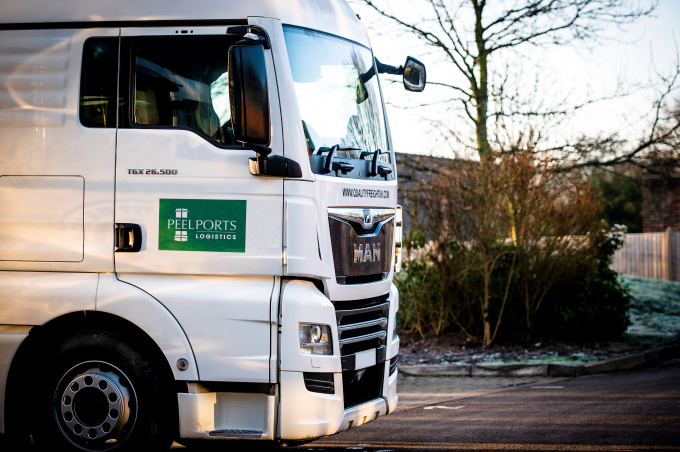 It is now rebranded as Peel Ports Logistics, but began life focused on shortsea bulk chartering and ship agency operations, later expanding into haulage and forwarding.

“Quality Freight’s speciality was across quite a lot of the dry bulk sectors, but it had developed an end-to-end service, and that was the value we saw in the business.

“What you get with companies like Quality Freight is a nimbleness and service ethos that port companies don’t always have.”

Peel Ports Logistics operates a 25-strong truck fleet from its base at Ellesmere Port, and has recently taken on the adjacent Runcorn docks where it is demolishing sheds to create three acres of open space for project cargo.

“In the early part of last year, BG was struggling to get haulage, but with our transport hub that situation changed, and we are now doing 85-90% of BG’s transport out of Liverpool. This drives more value across the quay, as well as meaning BG is no longer relying solely on third-party hauliers. Now we are being approached by deepsea carriers.

“There has also been a big spike in de-vanning containers at Ellesmere,” he added.

“There are challenges – the number of European drivers has clearly declined since Brexit, which means a bigger pull on UK drivers, although we do have quite a high retention rate because it is a lot of local hinterland traffic,” he said.

However, the driver shortage also supports Liverpool’s long-held argument that cargo owners should use ports that are closer to their markets, noted Mr Carr.

Peel set out to recruit 150 stevedores for its container operations as congestion levels at Liverpool rose, and Mr Carr said this recruitment drive had largely been completed.

“Whether we recruit more will depend on demand, but we do know the congestion was a real issue – the Liverpool value proposition only works if the hauliers can get the cargo efficiently.”

It could also be that changing shipping dynamics will alleviate the pressure on the container supply chain.

“Lower-value materials that can’t afford the high freight rates commanded by containers these days are switching back to the bulk mode,” Mr Gardiner said.

“This is beginning to create pressure in the bulk market, which we can support, as we do around 300-400 ship charters a year,” he added.

Meanwhile, the port has come under renewed landside pressure again this week with one haulier complaining to The Loadstar that it was “chaos” on the terminal and that VBS bookings were “impossible to get”.

“It is costing hauliers thousands every week, we have had enough, we are thinking of knocking containers on the head,” raged the haulage company owner.

In response a spokesperson for Peel Ports attributed the delays in tipping and picking up containers from Seaforth’s terminals to high demand and the Bank Holiday short working week.

“As with all UK container ports, we know demand usually peaks post Bank Holiday weekends, as while we are open and operating many of our port users are working on a condensed week of just 4.5 days compared to the usual 5.5 days. Despite additionally opening on the Bank Holiday Monday to alleviate some of this demand, we still only received a total of 91 haulier transactions – well below the average for a typical Monday,” said the spokesperson.

Peel Ports said that it expected “turnaround times to return to normal over the next few days as demand settles”.

Voices down the corridors

Against the odds: A brave new world by Kuehne (or Saadé?)