News / Panama Canal use by box ships slows only slightly, but trade wars continue to threaten 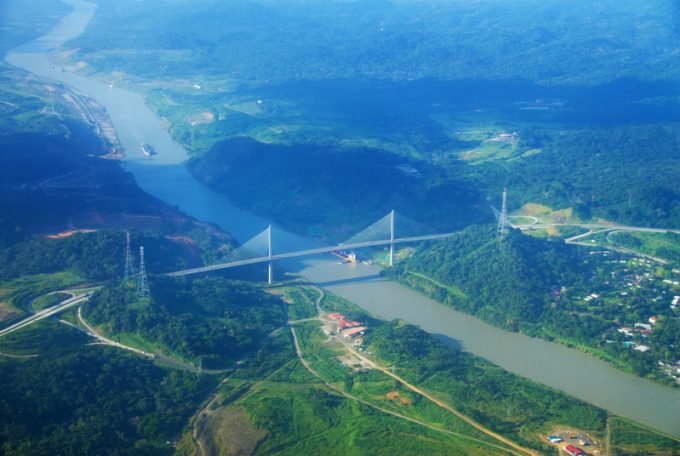 The number of containerships transiting the Panama Canal during its fiscal year ending 30 September declined slightly, by 1.1% to 2,575.

But there could be further reductions after ocean carriers announced a number of blanked sailings in the coming weeks on their Asia-US east coast all-water schedules ahead of the slack season.

However, LNG was the star performer with transits increasing by 37% to 399, driven by rising volumes of US exports and the additional capacity provided by the Canal authority to the sector resulting from a second transit slot, adjustments to the maximum beam and the lifting of certain daylight restrictions in October last year.

Notwithstanding the continued upsizing of container vessels using the expanded canal the total number of transits for all market segments was ahead 0.7% over the year, at 12,281.

Although cargo tonnage carried was down during the year, by 1.4%, which might suggest that the impact of the shorter transpacific route from Asia via the US west coast and using intermodal services has peaked, the tonnage measurement system for Panama Canal toll assessments – the PC/UMS – was actually up by 6.3% with teu capacity increasing by 4.3% and loaded teu up by 4.4%.

Earlier in the year, transpacific carriers added extra Asia-US east coast loaders to meet a Chinese imports tariff-beating demand spike, including the launch of a new 2M/Zim string, adding some 7% of capacity to the route.

However, vessel capacity on some services had to be temporarily restricted in the summer due to revised maximum draught limits of 13.1 metres from 13.4 metres for the neo-panamax locks.

The $5.5bn project to widen the Panama Canal’s locks was completed in June 2016, enabling containerships of up to 13,000 teu to transit the waterway, compared with the previous maximum of around 5,100 teu. It proved to be a game changer for the routing of containers from Asia to the US, and this year the Canal broke through the 15,000 teu benchmark with the transit of the 15,313 teu Evergreen Triton in May.

The 14–day saving to the US Gulf for the all-water route via the Cape of Good Hope and 11 days via the Suez Canal, along with cost savings over the intermodal route alternative via the US west coast, have been the drivers of solid growth at US east coast and Gulf coast ports.

According to Blue Alpha Capital data, the number of containers handled by container terminals on the east coast increased 5.4%, year on year, in the three months to the end of August, to 2,551,099 teu. But the biggest winners were the Gulf Coast ports, gaining an average of 7% in box volumes in the period.

And New York also improved, by 3.5%, recording a much better performance than its west coast rivals. Indeed, the major west coast ports posted a decline of 1.9% in the same period, to 2,895,778 teu.

Moreover, container spot rates on the Asia to US east coast tradelane have been more robust than for the west coast route, standing at some $2,346 per 40ft, compared with approximately $1,300 for the west coast.

Nevertheless, both markets have been hit by the volatility triggered by the US/China trade war, which has prompted an erosion of rates of some 13% for the east coast and 18% for the west since the end of August.

This has prompted carriers to announce a raft of blanked sailings on both routes which could extend right through the slack season.

As a consequence, the Panama Canal Authority can expect a reduction in the number of Asia to US east coast container vessel transits in the coming weeks with services resuming ahead of the Chinese New Year which falls on 25 January next year.