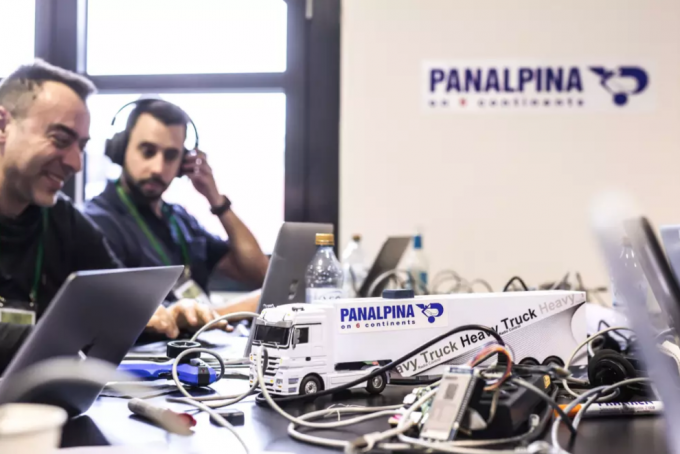 Panalpina is to pilot applications for blockchain in logistics in an attempt to understand the potential benefits of the technology.

The forwarder, which joined the Blockchain in Transport Alliance (BiTA) last week, is eager to learn and test new technologies, following customer requests.

Luca Graf was brought in seven months ago as head of digital innovation at Panalpina to study which new technologies will have an impact on logistics.

“Blockchain is quite hyped at the moment, but we wanted to get into a blockchain discussion in a leading forum,” he said. “We have already got some ideas and we need to find out more, so we want to engage in pilots.”

The Swiss company has identified three areas in particular where blockchain could be a useful technology.

“The first is smart contracts, and things like the air waybill and bill of lading could be interesting.

“There is also quality control, to make sure of supply chains such as pharmaceuticals, to ensure temperature control, that shipments are safely stored and kept cool throughout the supply chain.

“Then there is proving provenance and the chain of custody for things like perishables, automotive, aerospace. You can prove that a party has delivered original spare parts, for example.”

Members at last week’s BiTA event in Atlanta heard how blockchain could be key for perishables.

“You might be shipping strawberries,” said one member. “With blockchain, you’ll be able to see the whole chain. There could be five different types of strawberries, which require different temperatures. The blockchain ledger can show you that, the type of fruit, where exactly it was grown and the conditions it needs.”

BiTA was established to help set standards in the industry and to allow companies to work together on applications.

“We will start small and find out on a limited number of transactions if it works,” said Mr Graf. “BiTA can help us in exchanging information – everyone is interested in it so there are discussions on experiences and what has been learned.

“BiTA has working groups which engage experts – it’s really about learning together and standardisation – we need to be sure we are going in the right direction. Do you use Ethereum or Hyperledger Fabric, for example?”

The lack of standardisation in the freight forwarding industry has, to some degree, benefited companies. But standardisation could be an opportunity as well as a threat.

“It could make the industry more transparent and, therefore, it could be disruptive technology to this industry and to us as a forwarder,” admitted Mr Graf. “So it’s important to understand and shape the use of it.

“But one big issue is transparency and trust, and that could benefit the industry.”

Blockchain also encourages companies to work together on the same open ecosystem.

“We will increasingly be on the same platforms as competitors and that’s fine, so long as data security is assured. Everyone is trying to develop and engage with the possibility of sharing data.”

Mr Graf argued that industry disruption had come less from so-called ‘digital forwarders’ than from the consumer experience.

“It’s not about companies like Flexport per se; yes, they are becoming more relevant, but it’s about the changing customer. We all have experience of buying on Amazon, using Facebook, getting an Uber. These experiences are starting to translate to B2B and customers are saying ‘this is something I want from my preferred provider’.

“We want to improve the customer experience and efficiencies, so it’s important to get involved. A number of customers have knowledge about it, and there is demand. Not everyone is asking, but many customers are innovating too.

“We are not the first, but the idea is to be among the first, an early adopter. But it’s not about following others, but responding to customer needs.”

He admitted that he watches to see what other companies are doing, but said: “Yes, we look at the competition. But we have to find our own way. We are building a digital customer interaction platform, that’s in progress, as well as other initiatives. We are working with start-ups to learn. Everyone has to find their way.”

Blockchain is not the only technology under scrutiny, he added.

“I think the Internet of Things (IoT), and Internet of Everything are game-changers. IoT can give visibility and transparency through the supply chain, provide track and trace and improve communications among providers in the industry. Maersk’s initiatives are very much connected to IoT and then blockchain to secure the information.

“We see the ‘Uberisation’ of logistics, connecting shippers with carriers through a digital platform. There are many other technologies, but I think big data and predictive analytics are also important.”

Panalpina plans pilots using blockchain technology throughout the next 12 months, he said.

“We already have customer requests, so if a pilot is successful we could install it sooner rather than later – but it’s early stages. However, there are already players creating a standard, such as IBM and Maersk, so it might go faster than we expect.”