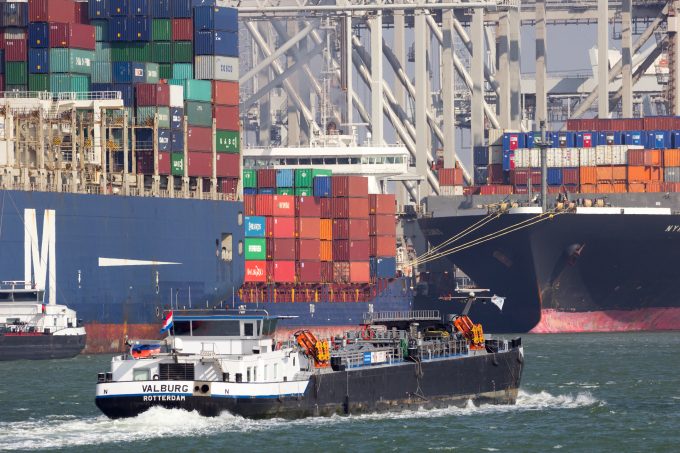 Wait times at Rotterdam have sky-rocketed over the past week to almost seven days, masking a positive start to a month in which delays on inland services hit a near-five-year low around the 40-hour mark.

But on Friday, Contargo informed customers wait times for barge handling had hit 163 hours for Rotterdam and 43 hours for Antwerp, but failed to explain the cause.

However, one source told The Loadstar: “The cause is two-fold – obviously, ocean-side congestion is having a knock-on impact, with yards and terminals well over capacity, in terms of storage, and now refusing to accept new boxes without evacuation of the backlog.

“Barge owners are now being called in to fill their vessels with some 400 teu of empties and find a way of connecting these to ocean carriers for evacuation.”

However, with near week-long delays for handling at the Dutch terminal, barge owners were forced to consider alternatives, with some simply offering their vessels as storage sites until the backlogs begin to clear.

The source noted one owner worked with was loading empties in Rotterdam before moving them to Antwerp, a less-congested gateway, and evacuating the empties from there.

“In Rotterdam, I don’t think you can entirely blame the port; the team there is trying hard to reduce the backlog, but the wider supply chain issues have left them overloaded, with exports needing collection,” said the source.

“All of which isn’t being helped by the other problem creating the congestion, which is down to some of the larger barge operators. They’re arriving at these heavily congested terminals and, because of those they serve, they’re being given access, taking up 50m of quay space to unload just 10 or 20 containers – time that could be better used loading the evacuations to reduce the wider problem.”

At 163 hours, the delays in Rotterdam are approaching the record high this year when congestion resulted in waits of over 180 hours.

According to local reports, Contargo had 11 vessels handling some 1,700 teu over the past fortnight booked to deliver export containers to ocean vessels, but with the increasing wait times, the exports went undelivered.

A spokesperson was quoted as saying until the containers were rebooked on a new vessel, they would not be accepted for delivery, leaving the operator as a storage site.

The operations manager of Contargo Waterway Logistics, in the Netherlands, Richard Ronteltap, reportedly said: “This is not good for inland navigation. We must make sure that we do not have our entire fleet waiting there in the port.

“We don’t expect any change soon either, because the sea-going vessels are also no longer on schedule. There are also long wait times in Antwerp, but not in proportion to Rotterdam.

'Synchro-modality' the key to solving congestion problems at Europe's ports

Barge owners are calling for port operators to adopt “synchro-modality” to address the congestion crisis ...

Maersk says it expects to see “early signs of a pre-Chinese New Year rush in ...

The main US marine gateway complex is pulling out all the stops in an effort ...