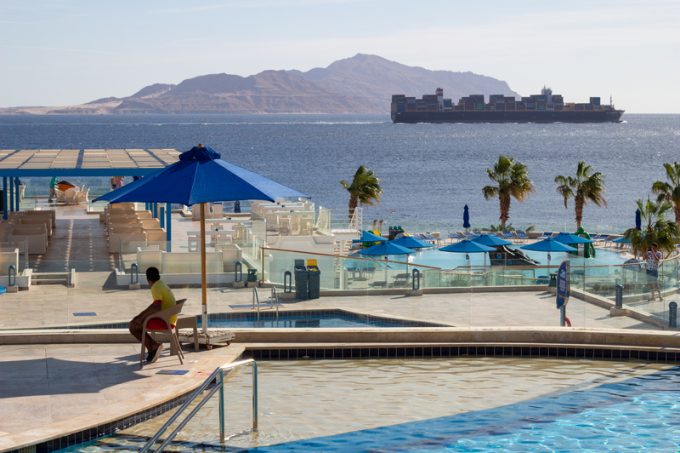 Ocean carriers are continuing to blank consecutive headhaul sailings from China to North Europe and the US west coast as they attempt to slow the erosion of container spot rates.

However, despite the sharp increase in voyage cancellations, shippers appear to be having very little difficulty getting space on first-available departures –bringing back the concept of a ‘just-in-time’ supply chain.

Asia to the USWC is of particular concern for the lines, with rates on the route having collapsed from the highs of $20,000 per 40ft, plus premium surcharges, a year ago.

According to the latest reading of Xeneta’s XSI US west coast component, they fell another 6% this week, to $2,084 per 40ft, and are now down 40% on the month.

And the market is continuing to weaken, suggesting rates could fall below the 2019 levels of around $1,500 in the coming weeks.

In fact, The Loadstar heard of an offer yesterday from a Shenzhen-based forwarder of: from Yantian, Shanghai or Ningbo to Los Angeles or Long Beach at $1,850 for a 40ft-high cube, valid to mid-November and available via MSC, Maersk, ONE, Hapag-Lloyd or Yang Ming.

Spot rates to the US east coast are proving more resilient, however, with, for example, Drewry’s WCI reading this week edging down a modest 3%, to $6,034 per 40ft, having shed around a third in value since the summer.

And for the record, the forwarder was offering a rate of $5,450 per 40ft rom the same Chinese ports and with the same shipping lines for discharge at New York, Savannah, Charleston or Norfolk.

Carriers are hoping the early Chinese New Year in 2023, falling on 22 January, will boost demand in late November and December, but until then they will have to remove more capacity, either by more blankings or by the temporary suspension of services.

Meanwhile, Asia-Europe headhaul spot rates also came under intense pressure this week, with the WCI North Europe component slumping 13%, down to $3,845 per 40ft, and the Mediterranean reading falling 9%, to $4,200.

Several of The Loadstar’s UK forwarding contacts this week reported receiving offers for prompt shipment from China at $4,000 per 40ft or below, with further discounts available for volume.

There were also ‘tongue in cheek’ complaints from some forwarders that containers were arriving “too fast” from Asia. Indeed, importers are having to adapt to a ‘new normal’ of boxes arriving on time at ports, after suffering two years of lengthy delays to their supply chains.

Moreover, the talk is that spot rates on the route still have further to fall – in late October two years ago, rates were around $2,000 per 40ft.

But it is not just FCL shipments that are being heavily discounted, a forwarder contact told The Loadstar today LCL rates from China had slumped to around $100 w/m, compared with some $400 w/m a year ago.

Consequently, Asia-North Europe carriers are being obliged to allow their contract customers to temporarily switch to their online spot platforms, while new, cheaper contracts are hammered out.