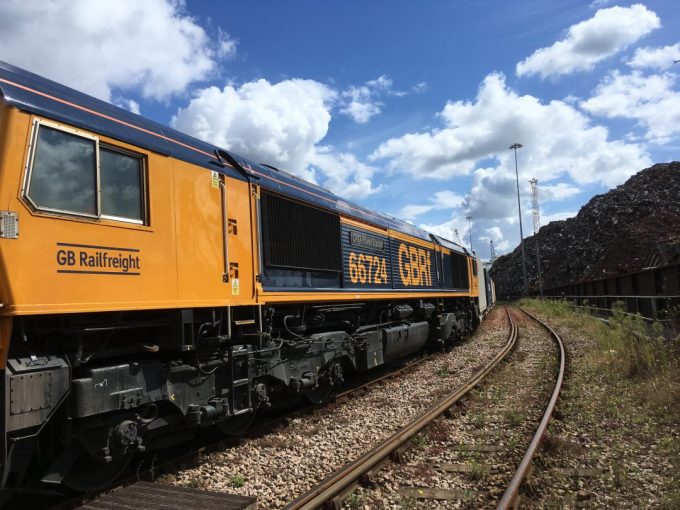 The sale comes on the back of GBRf owner Hector Rail Group’s decision to sell following a three-year period in which GBRf has grown to become the third-largest rail operator in the UK.

Managing director John Smith said: “We have grown at an incredible rate under Hector Rail Group and it has been a real pleasure working together over the past three years.

“We are entering an exciting time with Infracapital, I look forward to working closely with our new owners to maintain and surpass our growth ambitions.”

Since 2016, GBRf has expanded its intermodal services and this month launched a link between Southampton and Manchester.

It now carries roughly 23% of UK rail cargo with an annual turnover of more than £200m.

“It not only leads in innovation but its environmental credentials set it apart from competitors. We are delighted to be part of the business’s future growth and success.”

Globally, rail operators have been moving to capitalise on the shortage of truck drivers, with Europe and North America particularly affected. Recently, Canadian National and CSX announced plans to cooperate on a service to not only move goods from road to rail, aiming to hang on to the new volumes.

However, The Loadstar reported at the start of the year that many in the UK rail freight industry believe the government has not done enough to help operators. In particular, a failure to provide for freight traffic on a proposed upgrade to the trans-Pennine rail corridor.

A source told The Loadstar shippers would be willing to commit high volumes on trans-Pennine services, but “this requires them seeing government support for the service and reasonable pricing. If they get this, then they will commit volumes.

“The ultimate dream is to have a rail freight link connecting Peel port in Liverpool with Teesport and the port of Tyne.”

The GBRf purchase is part of wider trend of M&A activity in the rail freight sector: in July, Freightliner owner Genesee & Wyoming was the subject of a huge $8.4bn joint bid from infrastructure investors Brookfield Infrastructure and Singapore’s state-owned GIC.

The three parties announced that the price had been agreed, but stressed that it was unlikely to complete until the end of the year or in early 2020.