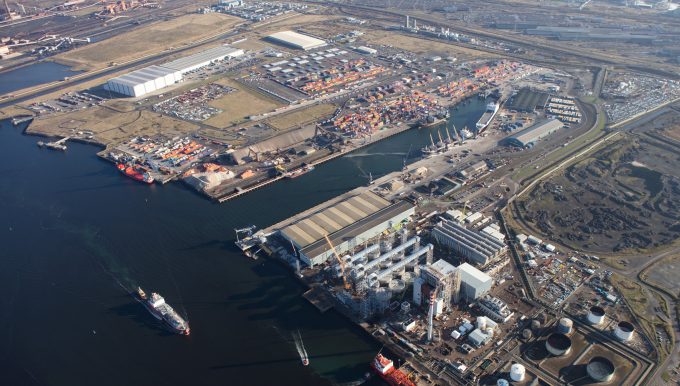 Beleaguered UK secretary of state for transport Chris Grayling has again been rapped, for reportedly failing to provide for freight traffic on a proposed upgrade to the Trans-Pennine rail corridor.

A report in The Guardian claims £3bn will be spent upgrading 76 miles of track. which includes adding tunnels that are too small for modern freight trains.

A spokesperson for PD Ports described it as “short-sighted” and a threat to UK economic growth.

“After more than two years of assurances from the transport department that rail freight was to be an integral part of the scheme, this decision represents a concerning last-minute reversal that would serve to negatively impact the growth prospects of the region.”

Teesport handles around 500,000 teu a year and claimed to have seen the highest box growth rate of any UK port in 2017.

It opened an intermodal rail terminal in 2014, which has seen around 12% annual growth since, and the spokesperson said it continued to see “significant” modal shift, with an anticipated 50% increase in rail volumes over the next decade.

“Failing to invest on the Trans-Pennine route could seriously damage the economic aims of the ‘Northern Powerhouse’ and would leave an over-reliance on the heavily congested M62.”

The spokesperson urged Mr Grayling to reconsider a proposed upgrade that would exclude rail freight services from the tracks.

“It is already clear that the ongoing lack of HGV drivers is impeding supply chains in the UK and constraining the growth and development of our ports. Therefore, this proposed decision to remove an alternative option of rail transport for freight could have a devastating effect on freight distribution, particularly after Brexit.

“We are now facing the prospect of a block to growth in what has become an extremely proactive region for the UK economy.”

Another industry source told The Loadstar  shippers would be willing to commit high volumes on Trans-Pennine services.

“This, however, requires them seeing government support for the service and reasonable pricing – if they get this, then they will commit volumes,” said the source.

“The ultimate dream is to have a rail freight link connecting Peel port in Liverpool with Teesport and the port of Tyne.”