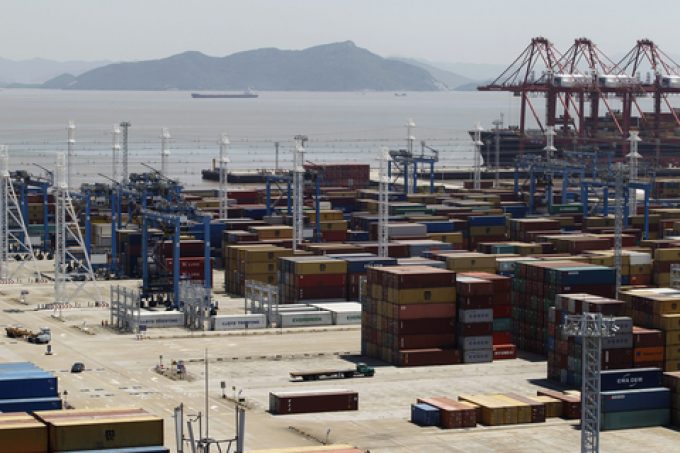 And President Xi gave no indication of a change to China’s zero-Covid policy at the Communist Party Congress this week, where he is expected to obtain a record third five-year term in office.

Indeed, in what has now become a regular occurrence, Covid restrictions are impacting supply chains in Ningbo, Shanghai, and Tianjin.

Ningbo is the worst affected, with forwarders reporting disruption to the area around the port going into lockdown.

Davies Turner said: “The terminal, port and warehouse in Beilun are closed. The ‘white-list’ system for container truck drivers has been implemented, but most container trucks were blocked in a parking lot, as a positive case was found there this week.

“Very small quantum trucks are on the road, but drivers with travel permits are not welcome in other areas. FCL container pre-carriage and delivery by round-trip truck is severely impacted.

“Currently, we understand, only the Beilun area of Ningbo is affected by a lockdown for cargo originating from outside. Shanghai can be offered as an alternative, although additional trucking costs may apply.”

In Shanghai, however, Ligentia said sporadic cases of Covid were resulting in isolated lockdowns in the city and “delays are expected”, despite normal operations at the port, terminals and warehouses. For example, Ligentia said, 48-hour validated nucleic acid testing is still mandatory for cross-province trucking services.

And there is a similar situation in Tianjin, where Ligentia said areas were under ‘closed-off management’, with seaports, airports and warehouses “operating with reduced efficiency.”

According to DHL Global Forwarding, China’s zero-Covid policy has hit major manufacturing and exporting centres like Chengdu, Dalian, Guangzhou, Shenzhen and Tianjin. The forwarder said: “While port operations are exempt from restrictions, manufacturing and inland logistics have been affected to varying degrees.”

“However, the balance between supply and demand will be the key to rate stability in the months to come.”