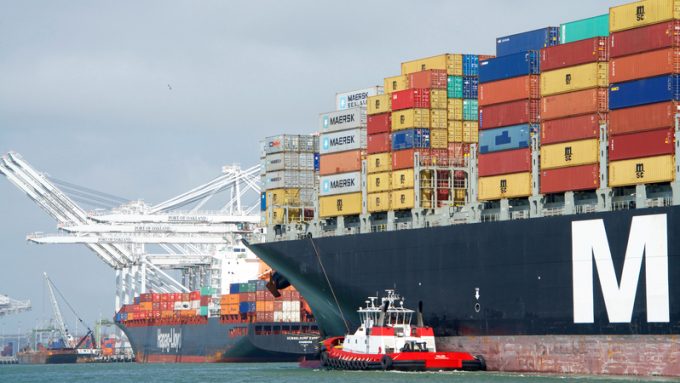 MSC confirmed today that demand from China to the US west coast had “significantly reduced” and it would be “taking certain actions” to rebalance its capacity, starting with the suspension of an entire service.

Until now, the major ocean carriers have used blanking strategies to take out capacity, but the demand outlook has deteriorated rapidly in the past few weeks, obliging lines to consider axing services.

The carrier said that, with immediate effect, it would “temporarily suspend” bookings for its transpacific Sequoia service, operated within the 2M Alliance with Maersk’s TP3 loop, which would be merged into the 2M’s Jaguar/TP2 loop.

The Sequoia/TP3 was launched in December 2016 as an express service to complement the 2M’s other five offerings on the route. According to the eeSea liner database, the loop deploys 11,000 teu-type ships between Ningbo and Shanghai to Los Angeles and has a slot-charter agreement with South Korea’s SM Line for 10% of capacity.

“Falling cargo volumes and freight rates are forcing carriers to continue to slash capacity on the Pacific,” said Alphaliner.

It said the termination of the CU/Shanghai Jin Jiang service, which deployed two 1,868 teu ships between China and Los Angeles, meant the latter “no longer has [its] own service on the Pacific”.

The consultant added that fast-expanding Chinese carrier CU Lines had already taken steps to reduce its exposure on the transpacific having closed its TPN loop in August, although it is continuing to operate its Transpacific Express 11 (TPC) service.

Meanwhile, Alphaliner reports that CMA CGM was “believed to be closing” its Asia-US west coast Golden Gate Bridge service, which calls at Taiwan and China deploying a fleet of up to seven vessels of between 5,000 and 11,000 teu.

It said the 9,415 teu CMA CGM Medea was now performing its final voyage on the service, arriving in Shanghai on 5 November.

Alphaliner added that the combination of the Golden Week holiday in China in the first week of October and “overall bearish developments on the cargo front” meant carriers would be making additional capacity cuts in the coming weeks.

“These cuts will also be needed to prevent spot ocean freight rates from sinking further,” added the consultant.

It added: “Recent figures show regional container growth has declined in most major areas, while container rates have slumped.”