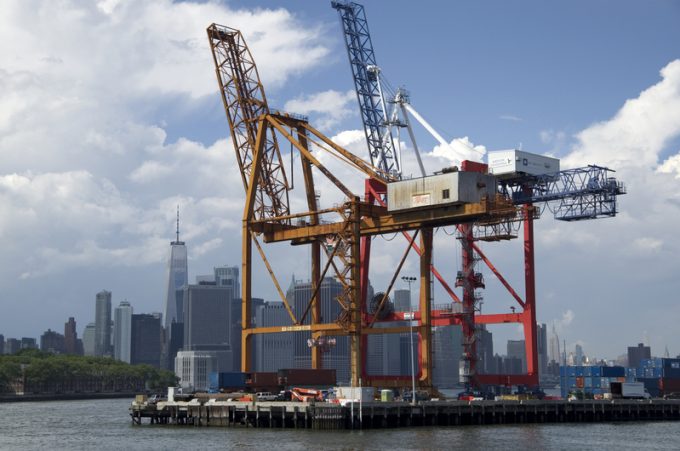 The 2M alliance partners today announced two more blank sailings from Asia to the US Gulf, seeing “further reduction in demand” on the route.

The 5,048 teu MSC Nerissa deployed on the 2M’s TP88/Pelican Asia-USEC loop, on which Zim is also a vessel provider and which it dubs ZGX, will be held in China next week, as will the panamax 5,048 teu MSC Ans in week 20.

The loop turns on calls at Mobile, Tampa and Houston in the US where the MSC Nerissa was scheduled to arrive on 31 May.

According to Blue Alpha Capital’s first-quarter port throughput data of the top 10 US container ports, last month Houston saw a 19.4% decline in import containers, compared with the same month last year, to 88,302 teu, and a 2.9% quarter-on-quarter reduction to 293,272 teu.

The sudden drop in demand led the port of Virginia to close one of its three container terminals last week.

The strongest performer on the east coast was New York/New Jersey, which recorded a modest 1.3% fall in throughput last month to 279,358 teu, overtaking Los Angeles as the largest US container port for imports that month, and its Q1 figure was virtually unchanged on 2019 with imports of 902,903 teu.

“The impact on inbound container volumes into the US this month will be mitigated by a backlog of containers moving out of China in March. However, the underlying trends are negative, and we will see larger declines driven by the health crisis,” he said.

Mr McCown added that it would be “a mistake to ascribe all the declines we will see in container volumes as temporary and reversible”.

He warned: “In my view, there will be neither a v-shaped or u-shaped recovery in container volumes. This crisis will result in structural changes, leading to permanent change.”

He argued that, even when the health crisis was over and if US tariffs on Chinese imports were “to go away”, it was unlikely that container volumes would recover.

“The globalisation of components and parts across industries has resulted in making companies more aware of the risks from unanticipated events like tariffs and viruses. This will likely result in changes that impact container volumes.”