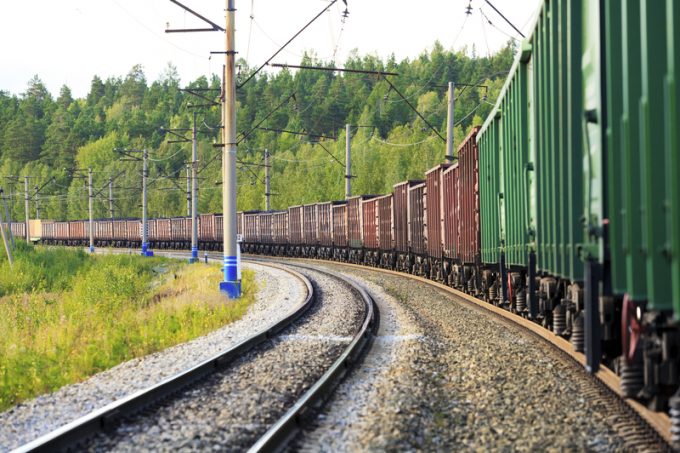 MSC has launched a sea-rail Asia-Europe service via Russia, while 2M partner Maersk has again upgraded its services along the route.

Connections from Shanghai, Ningbo, Qingdao, Yokohama, and Busan feed into the Russian ports of Vladivostok and Vostochny, MSC said yesterday, before beginning the 13-day transit along the trans-Siberian railway to St Petersburg.

“From St Petersburg, cargo can be shipped directly to sEuropean hubs such as Antwerp, Bremerhaven, Rotterdam and Le Havre through our European feeder network, offering an extensive coverage of ports and inland connections in the continent,” MSC said.

The service closely mirrors Maersk’s Asia-Europe rail freight operation through Russia. Its AE19 westbound service was trialled in 2019 and quickly became a permanent weekly fixture, carrying high-value and time-sensitive cargo, such as electronics and automotive batteries.

Upgrades last year included the launch of a fortnightly eastbound service as Maersk said the AE19’s demand had outstripped supply due to the Covid-crisis and pressure on container shipping capacity.

The company said yesterday the frequency of the westbound service would be upped from three to four times a week this month, while the eastbound service is set for weekly departures.

Russian Railways, which operates the blocktrains, said the AE19 mainly transported cargo from Poland, Finland, the Netherlands and Germany, to Korea, northern China and Japan.

RR deputy director general Aleksey Shilo added: “A shipment spends 12 days in Russia, and the total transit time between ports in Asia and the Baltics is 25-30 days, as opposed to 40-45 through the Suez Canal.”

Maersk has relied on the superior reliability of the trans-Siberian railway, compared with alternative Asia-Europe rail routes and their multiple border crossings. For example, congestion at the China-Kazakhstan border caused major delays for shippers in December and January.

Maersk Eastern Europe CEO Zsolt Katona added: “The development of AE19 and the increase in transit shipments between Asia and Europe were made possible thanks to the significantly increased confidence in transit through Russia that foreign cargo owners have shown over the past two years.

“The advantages of the Russian transit route, including reliable schedules, predictable delivery times and prompt clearance in ports, ensure that, in the long-term, international transit through Russia will increase.”

Nevertheless, volumes carried by UTLC, a CIS railway operator with routes through Kazakhstan and Belarus, also saw big gains last year, to 546,000 teu, up 64%, on 2019. Russia Railways transported just over 500,000 teu by comparison, and China Railway reported volumes of 1.14m teu across the entire network, an increase of 56%.