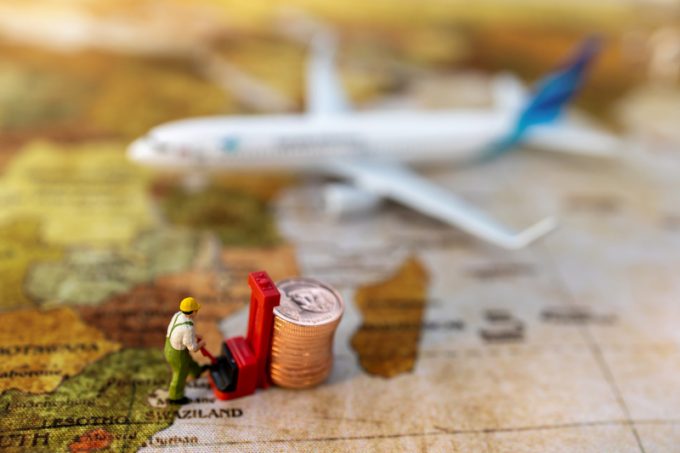 As the prospect of a return to pre-Covid rate levels recedes ever further, relentlessly high airfreight pricing is prompting more and more shippers to look for alternatives.

Forwarders are being tasked to understand their supply chains better and come up with creative solutions.

But they and shippers see no sign of pricing descending from the stratosphere any time soon.

“It will be some time before we return to pre-Covid rate levels,” said Jeff Cullen, CEO of Rhenus Logistics Canada.

And Bob Imbriani, executive VP international at Team Worldwide, added that the capacity shortage and congestion at major gateways were unlikely to ease significantly either.

“We see companies moving away from airfreight where they can,” he reported.

“Our international air cargo has remained strong, but in ocean we’ve seen significant growth. We attribute this to the problems with space and rates and to customers getting better at finding alternatives.”

Ocean is the first alternative, but this has been hampered by delays at major gateways, above all the Los Angeles-Long Beach complex, he said, adding that delays were affecting exports as well as imports, and not only on the US west coast.

Some European importers are also turning away from airfreight.

“Some of our customers have shifted from air to sea, but that means long transit times and different planning. Some are going by rail,” said Stephan Haltmayer, CEO of Quick Cargo Service.

Rail transport from China is going well, but it is full, he added.

Shippers are looking to their logistics providers for creative solutions, reported Mr Cullen. For traffic from Asia to Latin America, Rhenus has developed a sea-air offering, shipped by ocean to gateways in the southern US and then flown to Brazil, Argentina and Chile.

“We’re seeing a real boom there,” he said.

Team is also using multimodal solutions to move traffic from Asia or Europe to Latin America and the Caribbean. This is primarily routed through Miami, from where Team uses groupage sea and expedited air services to the region.  However, rates out of Miami are still somewhat reasonable, Mr Imbriani said.

Mr Haltmayer’s company has developed a sea-air solution in tandem with a partner for exports from Europe to Australia. Traffic is flown in consolidations to Singapore and transferred to ocean carriers going to Australia. With transit times of 16 days, the service has been well received and keeps going, he reported.

And he has discerned a change in how clients look at their supply chain – many are focusing more on visibility and control than on price and transit times, he said.

At the end of the day, though, price and transit times have prompted a number of shippers to revamp their supply chain altogether, and shorten distances.

“Some of our customers have stopped buying from China and now source in their own region,” Mr Haltmayer said.