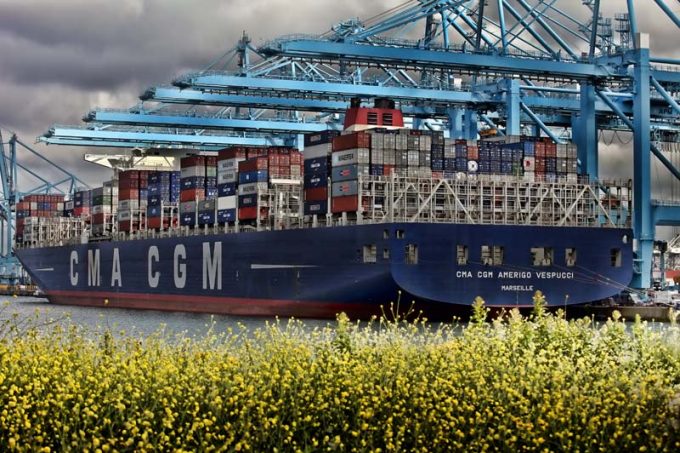 At the time of going to press, no specific details of the port pairings were available, however, the alliance announced the revised network would deploy 325 containerships across 38 services for an estimated total carrying capacity of 3.8m teu.

This is almost the same offering as the current product, although there is a reduction of five vessels, presumably a reflection of the 12 20,000-plus teu ULCVsthat were phased into the network to replace smaller tonnage last year.

The Ocean Alliance will maintain its seventh weekly Asia-North Europe string which it introduced last April. The addition of this loop, together with capacity upgrades by other alliances, exerted severe pressure on freight rates on the tradelane, obliging the alliances, to blank a number of headhaul sailings during and after the peak season.

There is no change to the Ocean Alliance’s offering on the transpacific of 19 services across Asia to US routes – 12 on the US west coast and seven covering the east and Gulf coasts.

For the transatlantic, Ocean will still offer just two services, having reduced the number from four strings in last year’s network changes.

Looking at the orderbook, CMA CGM has around 470,000 teu of ULCVs and Evergreen 550,000 teu stemmed for delivery this year and next, while Cosco/OOCL currently have no orders confirmed, although rumours persist of a big order from the Chinese state-owner.

The ULCV deliveries will be deployed on the Asia-North Europe tradelane, which could mean that more of the incumbent 18,000-19,000 teu vessels will be cascaded to the Ocean Alliance’s Asia-Middle East services.

The four carriers announced last April they had agreed to extend their VSA cooperation until March 2027 with an option for a further five years.

Meanwhile, The Loadstar understands that the 2M alliance will shortly be announcing network changes from 1 April, reflecting the partners’ circa-300,000 teu orderbook, of which MSC will take delivery of the lion’s share of some 250,000 teu of scrubber-fitted ULCVs.

The consultant said the first of HMM’s ships would be phased-in on 4 May; however, the second ship in the series is not scheduled to begin its maiden voyage from China until 14 September.