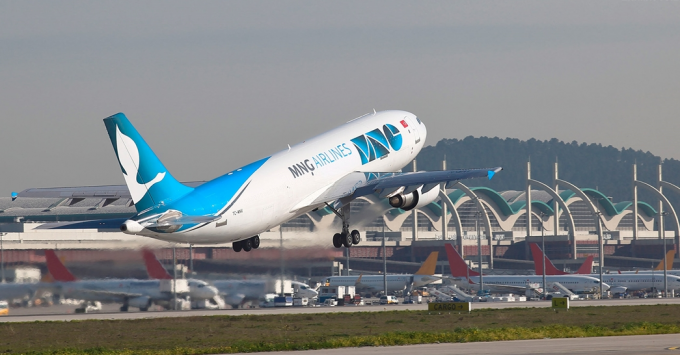 Turkey’s MNG Airlines is looking to acquire an airline in the US or Europe, it told potential investors yesterday.

And Freightos is not the only logistics company looking to go public via a SPAC – MNG is hoping to become the third Turkish company to be listed on the New York Stock Exchange, via a merger with Golden Falcon Acquisition Corp, a ‘blank cheque’ company founded in 2020.

The deal is expected to close in the first half of next year and trade on the NYSE under the ticker MNGA.

MNG’s investor presentation noted that the carrier was “actively evaluating M&A targets with an air operator’s certificate in the US”, and in the EU “including Germany and the UK”. It was also looking to buy warehouses in the US and Europe, it added.

While Golden Falcon seemed excited by the prospects in air cargo, many of MNG’s arguments to investors were based on what the market has been like, rather than the doldrums in which it currently wallows, and the potential ‘normalisation’ next year.

It pointed to the decrease in the use of bellyholds to just 30% of the market, down from 50%, without noting that the ratio is likely to return to 50:50 next year. It claimed delays and congestion in shipping were increasing the use of air cargo, which is no longer true, and said demand for consumer products was increasing. And, longer-term, it pointed to e-commerce growth and the need for more freighters.

It also compared itself favourably with ATSG and Atlas Air, noting that MNG’s CAGR was 37%, against ATSG’s 10% and Atlas’s 20%. And it pointed to the diversification in its business model, with scheduled and BSA volumes making up 39% of revenues, charter at 41%, ACMI at 10%, and warehousing at 9%. 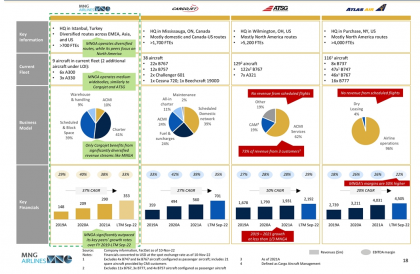 The proforma enterprise value of the airline is $676m, a multiple of 5.8x ebitda. The airline said in its investor presentation this was a 30% discount on its nearest competitor, Cargojet, Canada’s 35-strong freighter operator.

Investors are, of course, looking for signs of significant growth – and MNG has focused on revenue growth.

Famously, SPACs are having a tough time. Up to mid-October this year, according to a great article in Quartz, the number of new SPAC listings was down 74%, year on year, while the number of mergers was down by more than a third. But MNG seems confident.

Makram Azar, CEO of Golden Falcon, said: “We screened over 500 companies and conducted in-depth due diligence on many, and our process resulted in identifying a company that offers the market a differentiated, high-quality business.

CEO Ali Sedat Özkazanc wrote in a letter to staff that the airline “had long been ground-breakers”, but also warned them not to speak to anyone about the deal or the airline’s financial performance – including their families – while the transaction completes.