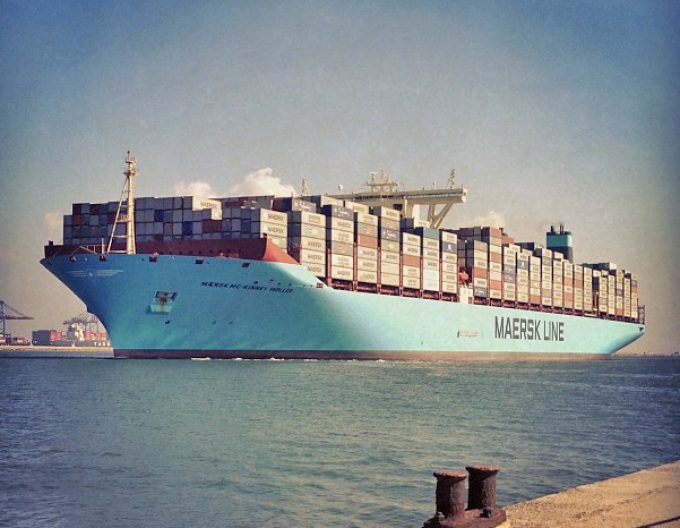 Allegations of rape are “widespread in the container shipping industry”, according to a female cadet, who claims she was raped while serving a year at sea on a Maersk Line vessel.

Five Maersk crew have been suspended, but the alleged victim claims that of the 50 women in her year at the US Merchant Marine Academy, all reported sexual harassment, including at least five rapes, while at sea.

The Maersk cadet became a victim’s advocate (VA) on her return from her sea year. She said: “The number of girls who have come to me to report a case of sexual assault is absolutely sickening. Since returning from sea I have learned of additional women in lower classes who were also raped during sea year, and I know that there are at least 10 young women currently enrolled at the US Merchant Marine Academy who were raped during their sea year. And there are cases I don’t know about.”

In detailing her alleged assault on the Maritime Legal Aid & Advocacy (MLAA) website, the cadet painted a picture of drunkenness and lewd behaviour and talked of being heavily pressured to drink strong alcoholic drinks to the point where she was unable to protect herself.

The Loadstar asked Maersk Line what safeguards were in place to protect cadets and other women at sea? The carrier responded: “Maersk Line is investigating a recent anonymous posting of an alleged sexual assault of a cadet onboard a US flag vessel in 2019.”

It said Maersk was “working closely with the US labour unions who represent the officers and crew, the US Merchant Marine Academy, where the cadet is enrolled, the US Maritime Administration (MARAD), which oversees the academy and US maritime industry, the US Department of Transportation, which oversees MARAD, and the US Coast Guard which enforces US flag regulations and laws”.

“Maersk Line has strict zero tolerance policies regarding alcohol use and sexual assault/sexual harassment on its vessels, in full compliance with US government regulations. As part of the investigation process, the master, chief engineer, first assistant engineer and two junior engineers have been suspended pending the outcome of the investigation.”

In response to the MLAA posting, many women have written in support of the cadet, as well as a few who have outlined their own experiences.

However, the MLAA, told The Loadstar the issue was far broader than just Maersk – it was “an industry wide issue”, it said.

Bill Woodhour, CEO of Maersk Line, said: “We are shocked and deeply saddened about what we have read. We take this situation seriously and are disturbed by the allegations made in this anonymous posting, which has only recently been brought to our attention. We do everything we can to ensure that all of our workplace environments, including vessels, are a safe and welcoming workplace, and we’ve launched a top to bottom investigation.”

The cadet concluded her piece: “This year I put together a resume to apply for jobs after graduation, and I put ‘victim’s advocate’ on my resumé. When I went to a resumé workshop at Kings Point, I was told by two USMMA employees that I should take ‘victim’s advocate’ off my resumé, because ‘it makes people in our line of work uncomfortable, and you wouldn’t want to do that’.

“That’s the mindset of this school and this industry.”