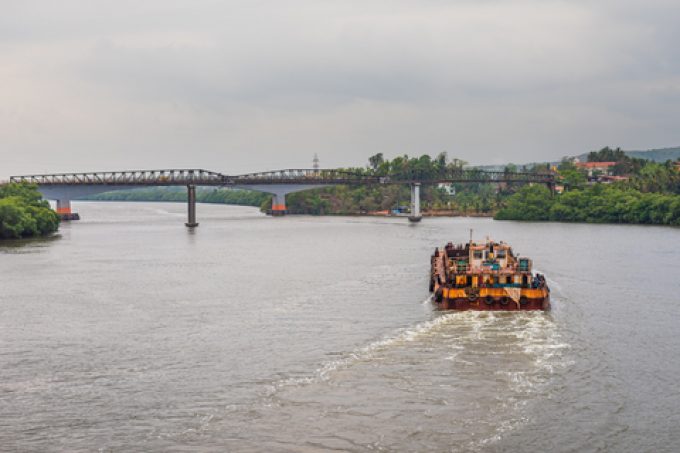 Pilot runs on four inland waterways, intended to establish the feasibility of using Bangladesh ports as a transit point to and from landlocked East India have been successful.

Maersk has no definite timeline for the start of services, but said the company was in discussions with potential customers.

Of the four trials, the Mongla-to-Tamabil and Mongla-to-Bibirbazar legs were made with Maersk, and the other two, Chittagong-to-Sheola and Tamabil-to-Chittagong, were carried out with CJ Darcl, the port authority said.

“The use of Chattogram and Mongla ports in Bangladesh for the movement of goods to and from the north-eastern region is a significant step in India’s Act East policy,” the port said. “Developments in connectivity are imperative for transforming India’s eastern and north-eastern states.”

Stakeholders claimed the underrated East India market would get a big trade boost from this improved supply chain ecosystem, an alternative to the complex over-the-road mode.

Maersk has been at the forefront of “testing the waters” of logistics development for Indian customers, as it “actively pursues end-to-end, integrator strategies”.

Vikash Agarwal, Maersk MD for South Asia, told The Loadstar: “Inland waterways exist in several countries around the world, and Maersk moves cargo regularly on those routes, and while some basic learnings can be applied from those solutions, the modus operandi is generally different in different geographies and not replicable in entirety everywhere.”

Angshuman Mustafi, head of Maersk in Bangladesh, added: “With the barge movements between India and Bangladesh and between India’s mainland and north-east India via Bangladesh, we have established processes and solutions that will help our customers with a more predictable and cost-efficient service.

“Through the pilot runs, we have been able to foolproof processes, along with the authorities, and are all set for taking orders from our customers.”

In parallel, the Danish carrier is cementing its landside infrastructure in Bangladesh as that cross-border regional push takes a final shape, including a new 9,300 sq metre warehousing facility, announced yesterday.