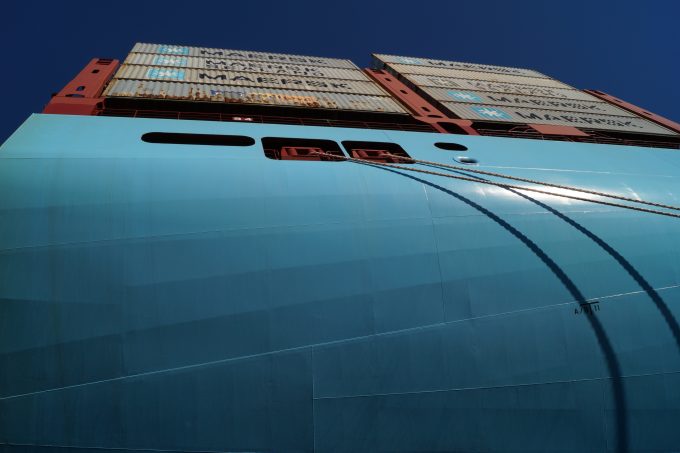 Maersk Line is preparing an awareness campaign to alert shippers to container weighing regulations that come into effect on 1 July.

Amid confusion over the IMO’s guidelines for implementing the Safety of Life at Sea (SOLAS) regulations, which state a verified gross mass (VGM) must be provided by shippers to shipping lines before a container is loaded, Maersk Line’s VGM programme manager Lars Lorenzen told The Loadstar the current state of industry readiness was in significant need of improvement.

“Unlike previous IMO regulations, the number of impacted parties this time around is much higher,” said Mr Lorenzen.

“The key is transparent and clear communication to and by all regulated parties, and earliest possible identification of requirements and timely adjustment to the specific supply chain by each shipper.”

He added: “Both the IMO and World Shipping Council (WSC) have provided adequate guidance to implement the regulation in a structured manner, which should assist eliminating concerns raised over the lack of governmental guidance in a number of countries.”

A recent survey by INTTRA, an ocean shipping e-marketplace, showed that only 30% of shippers expected their company, and/or their customers, to be compliant by the time the regulations come into effect.

One area of confusion appears to be the timing of VGM submission, since the legislation does not provide any official deadlines.

Mr Lorenzen said Maersk Line would continue setting deadlines for submissions locally, and that the line was able to “receive submissions of the VGM from shippers in the usual manner, ie via mymaerskline.com, industry portals, direct electronic data interchange (EDI) and manually.”

One way of avoiding potential supply chain disruptions could be a standardised method for electronic VGM submission. INTTRA is working towards a uniform technology standard for digital documentation of VGM submission, while Maersk Line is also focusing its preparations on EDI.

“Maersk Line has been preparing for the implementation of this SOLAS amendment for the past 15 months,” said Mr Lorenzen. “This includes modifications to proprietary systems and processes as well as raising awareness internally and externally.

“The current main focus is on updating EDI with service providers (mainly terminals) and shippers. We are preparing, and will soon launch, an awareness campaign directed at the shipper community.”

Meanwhile, the European Shippers’ Council (ESC) has expressed concern over the lack of government guidance surrounding the regulations. The ESC says shippers throughout Europe are “fully aware” of the changes, but that a “lack of international harmonisation poses a challenge for many businesses”.

In a statement in December, the ESC said: “Just a handful of countries have published national regulations for the weighing of containers. Businesses need these regulations in order to ship their products overseas following the right guidelines.”

Their concerns have been shared publicly by at least one major European shipper. On LinkedIn.com, Nestlé’s global logistics procurement head Jochen Gutschmidt commented: “Many people rightfully talk about the readiness of shippers. It is evident, however, that the entire system, carriers, terminals and governments included, likewise have huge awareness gaps. Too many open questions…”