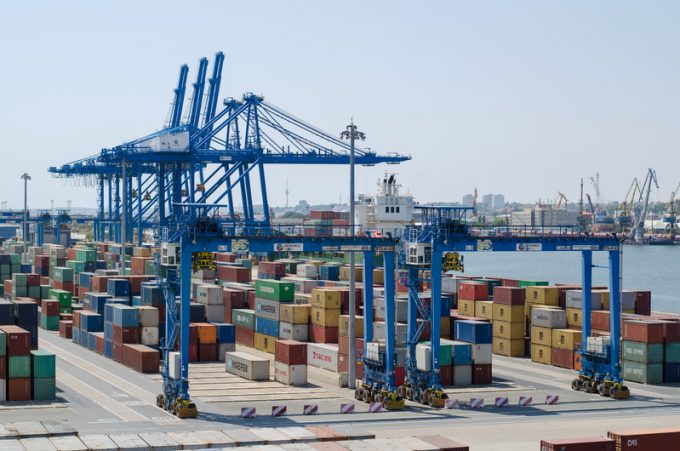 Maersk is offering an alternative Asia-Europe rail-sea service via Central Asia and the Black Sea, after Russia’s invasion of Ukraine closed the China-Europe rail network going via Russia and Belarus.

Since war broke out, which soon led to the closure of the Poland-Belarus border and cessation of operations at key hubs, the Danish carrier has been looking to develop alternative overland routes.

Its newly revamped Middle Corridor service departs from various locations in China, crosses the China-Kazak border at Khorgos and continues by rail to Aktau, where containers are loaded on a barge to Baku in Azerbaijan.

At Baku, they are reloaded onto a train to the APM Terminals facility at the Georgian port of Poti and then feedered to the Romanian hub of Constanta, from where they are railed to destinations across Europe.

“We have listened to our customers and developed a solution that provides them an alternative and eco-friendly intermodal connection between Asia and Europe. Over 90% of the Middle Corridor rail service is electrified,” she added.

Transit time from origin to destination is around 40 days, and Maersk said the rail route had an annual capacity of 150,000 teu.

“The corridor has sufficient open capacity, allowing our customers to strengthen their supply chain resilience by having alternative route to ocean and air services,” Ms Parlagashvili said.

The launch of the service comes on the back of a mini-surge of investment in Balkan infrastructure, with Dubai-based port operator DP World, also the operator of the container terminal in Constanta, taking a lead in the region.

A fortnight ago, DP World launched a project to develop a road-rail terminal in Aiud, Romania, linked by rail to Constanta, to operate as a bridgehead for cargo moving into Europe, and which is scheduled to open in the first half of next year.

The port operator also broke ground on a new €30m container terminal in Serbia’s Danube port of Novi Sad on Friday, which will be the first box terminal in the country.

“In two years, the first container terminal will be built on this part of the Danube, which will be critical for the development of logistics and the economy in Serbia,” said Serbia’s minister of construction, transport and infrastructure, Tomislav Momirović.