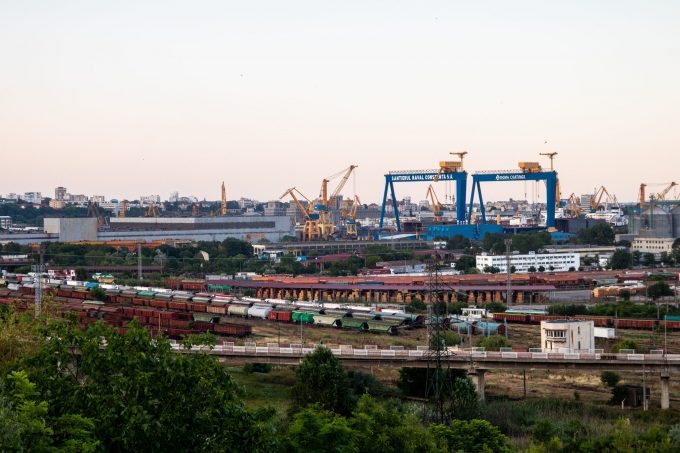 DP World is going ahead with plans announced last year for a new road-rail intermodal terminal in Aiud, Romania, to be operational in the first half of next year.

The terminal will be linked by rail with the Black Sea port of Constanta, which DP World says will create an export route for the central-Romanian region of Transylvania, where some 50% of the country’s industrial GDP originates.

In a LinkedIn post, DP World said the north had “traditionally lacked robust infrastructure” and it would connect it with the Black, North and Adriatic seas, “using green electrified rail”.

Cosmin Carstea, DP World Romania CEO, said in December the terminal would be “an extension” of the marine terminal and “sit[s] directly on the trainline that links Europe to China via Central Asia”.

The Romanian rail network also has robust connections with Ukraine, including several in the north, and south via Galati. In March, MSC said it would be using the port of Constanta as a rail-river export route for Ukrainian cargo.

Meanwhile, Constanta is close to Istanbul, one of the connections on the Belt and Road ‘Middle-Corridor’ route, which, on the phase between Turkey and China, does not require transit through Russia.

Mr Carstea said the port of Constanta would be partially insulated from the congestion and supply chain hassles seen across container shipping, and the “reduced capacity existing in EU ports.

“In this respect, the Romanian ports have a competitive advantage in the part of the excess of capacity which exists at the moment,” he added.