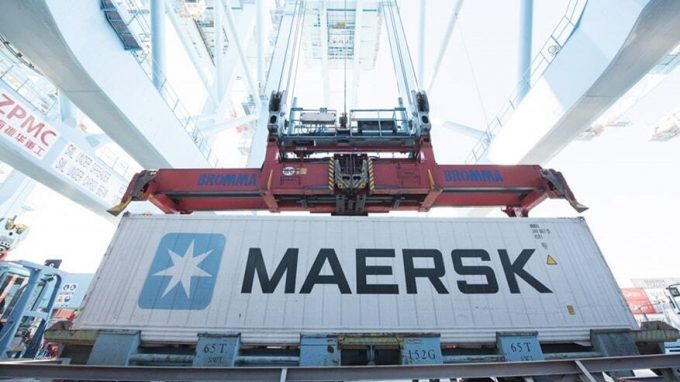 Maersk has claimed its new Spain-UK rail service can not only reduce exporter emissions by 90%, but also help tackle Europe’s worsening driver and congestion crises.

Operated by subsidiary Sealand, a spokesperson told The Loadstar, trials were already running, but they would increase to three weekly departures connecting Valencia to Barking in East London from the end of the month.

Outbound services from Spain will cater for reefers, while the southbound return service will transport non-refrigerated cargo.

Maersk’s MD for France, Iberia and Maghreb, Diego Perdones Montero, said: “Our new product solves several challenges our reefer customers in Spain face when exporting. Firstly, many large retailers want to reduce the carbon footprint of the products they sell. Secondly, we have a shortage of truck drivers, which means cross-border road transport is often limited and unreliable. Thirdly, capacity and quality of the major roads are limited, which leads to congestion.

“Our rail transport makes Spanish exporters independent from the driver shortage as well as road bottlenecks and offers more than 90% less CO2 emissions than a truck.”

The spokesperson noted that initial services would run direct to Barking, but there was the possibility of stops at other European terminals, “if we see demand”.

Additional services could include integrated ocean and rail options, which Mr Montero said would “help create faster, greener and more efficient routes regardless of the origin and destination of the sensitive cargo”.

The commencement of services coincides with Spain’s peak season for fruit and vegetable exports, with some 1,400 trucks running daily to destinations in Northern Europe.

While the spokesperson noted that although the capacity of the three services was “much less” than by truck, this “capacity is flexible… if demand is there, we can ramp it up” – although it was noted that as the capacity is not fixed, they could not say how many tonnes would move.

Efforts to modify fruit and vegetable exports from Valencia have also led to a partnership between SanLucar and the German Chamber of Commerce for Spain.

The partnership comprises a new two-year training programme, which includes 100 hours of in-class learning and on-the-job experience that looks at not only purchasing, production and sales, but also the logistics side.