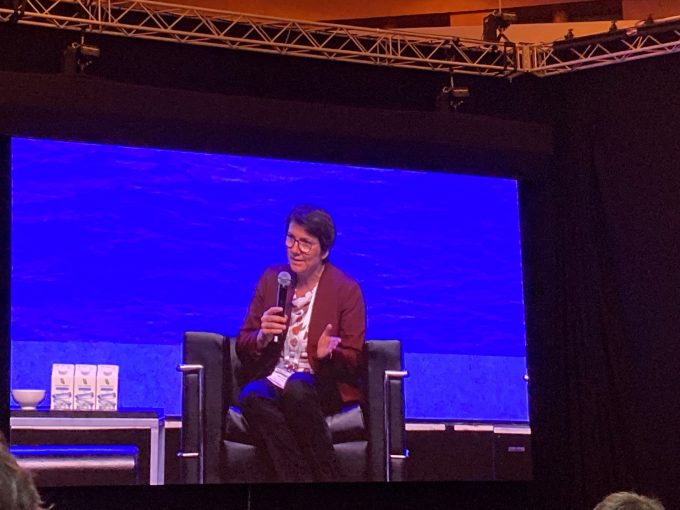 Maersk Line has called on governments to boost the development of green energy by helping to make climate-friendly fuels such as green methanol competitively priced.

It says thos would allow the industry to develop alternatives that will meet climate change goals.

At the Singapore International Bunkering Conference today, AP Møller-Maersk’s head of decarbonisation business development and interim head of green fuels sourcing, Berit Hinnemann, said that, while the company was focusing on green methanol as a key solution to decarbonisation, not enough of it was being generated.

However, she pointed out that green fuels were more expensive and suggested that governments and regulators step in to make them more affordable.

She said: “Two-thirds of our biggest customers have set very ambitious sustainability targets, so we see interest and support from them and growth for our green products. We also see the necessity, from a regulation point of view, to have a market measure in some shape or form to level the playing field between the fuels, and also to enable the industry transition as a whole.”

Ms Hinnemann said: “Methanol is a solution that is technologically ready… but the key challenge is the supply…it’s a chicken and egg situation. For projects to be developed, the demand has to be there, so our approach was to order vessels, knowing full well that very small amounts (of green methanol) are produced today and this will require massive efforts to scale it up.”

Also known as biomethanol, green methanol is produced from sustainable biomass, or from carbon dioxide and hydrogen produced from renewable electricity.

“Our approach is to work with companies in different parts of the world which are developing green methanol projects. We will have a feeder vessel operating from next year and a European energy company will develop the green methanol for it. We intend to fuel the large vessels with green methanol as soon as we can. We know that’s a challenge, but we’re working intensely on this with our partners.”

While the world is aiming for carbon neutrality by 2050, APMM wants to achieve this by 2040.

The call from Ms Hinnemann follows a letter from Maersk CEO Soren Skou to US Congressman Alan Lowenthal and Congresswoman Nanette Barragan in support of the Clean Shipping Act 2022. He said: “Passage of this bill would direct the US Environmental Protection Agency to promulgate important regulations to reduce greenhouse gas emissions. We hope we can maintain our continued dialogue to ensure the bill sets standards that are both ambitious and attainable.”