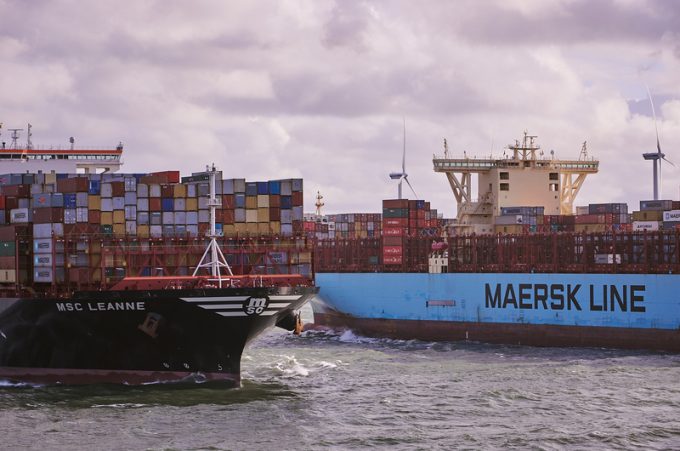 The 2M Alliance has upgraded its fortnightly Asia-Europe sweeper service to weekly, as demand and freight rates continue to rise on the tradelane.

Dubbed The Griffin by MSC and simply “a sweeper” by Maersk, the inducement sailing was launched at the end of June to mitigate the impact of the temporary suspension of the AE2/Swan loop.

Both the 2M partners initially advised their customers that the service would only be maintained if there was sufficient support. But from the first sailing from Shanghai by the 14,036 teu MSC Taranto, load factors have been over 90%.

“Maersk assumed at the time of the launch of the sweeper service that three or four extra sailings from the Far East to Port Said and North Europe would be offered, while MSC was aiming for a fortnightly sailing frequency, if the cargo volumes would sustain it,” said Alphaliner.

The consultant added that the expectation was that the service would run until the end of the month, to cater for peak season demand, with the final sailing arriving in North Europe in the first week of October. The rotation is: Shanghai-Ningbo-Yantian-Singapore-Tanjung Pelepas-Port Said-Rotterdam-Antwerp-Felixstowe-Tanger Med-Singapore-Ningbo.

The 2M is yet to officially confirm the reinstatement date of the AE2/Swan loop, which has been stemmed for a mid-October return from China.

Meanwhile, THE Alliance members Hapag-Lloyd, ONE, Yang Ming and HMM, which in response to expected weak demand attributed to the pandemic, suspended its FE4 loop until October, followed the 2M by deploying a weekly “extra loader” from 20 July. Initially deploying a 6,000 teu ship, THEA upgraded the next two sailings to 10,000 teu vessels.

THEA also said the continuation of the extra loader was “dependent on continued demand”. However, The Loadstar understands the programme has now been extended until early September.

The Ocean Alliance, unlike its rival alliances, instead opted for a strategy of ad-hoc blank sailings.

This gamble by partners CMA CGM, Cosco (OOCL) and Evergreen appears to have paid off handsomely, with reports suggesting sailings from Asia are continuing to run full, confounding analyst predictions of soft demand and the absence of a peak season.

Indeed, The Loadstar has sighted a customer advisory issued by CMA CGM this week indicating its allocations for North Europe from Asia are full right up to the week beginning 24 August.

Thereafter, the carriers are offering “limited space availability” for contract cargo and containers booked at their full FAK rates.