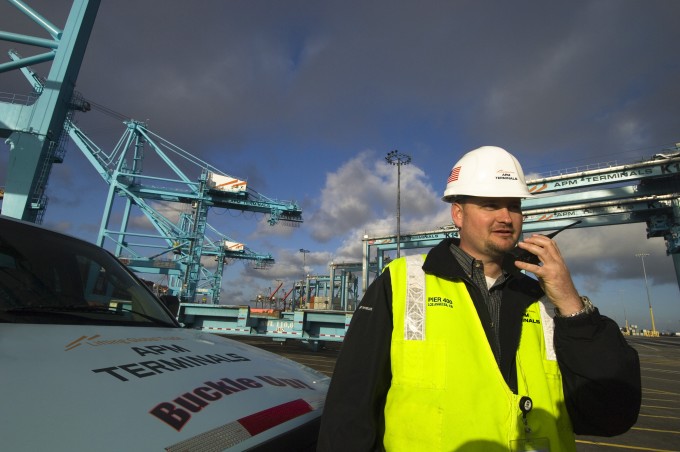 Maersk’s container operations appear to be recovering following the debilitating cyber attack on its systems earlier this week.

Maersk Line yesterday sent out a customer advisory in which it said that its handling of cargo in transit was “now close to normal”.

For new bookings, it reiterated its pervious communique that they could be accepted via INTTRA.

However, that was disputed by one freight forwarder in Hong Kong who claimed to be unable to make bookings through INTTRA, adding that “we all failed – checked with other NVOCCs, who were also unable through INTRRA make booking”.

But they did say that bookings were becoming easier, and Maersk had this morning been able to accept “bookings in their system, or through traditional way in filling out the Excel booking form and sending to their VIP.com mail”.

And INTTRA president and chief operating officer Inna Kuznetsova told The Loadstar that “our system is fully operational around the world”, and said those experiencing difficulties should contact the organisation’s customer service team which would “help check the details of registration and technical setup”.

Meanwhile, Maersk said that new bookings could also be made via EDI, but would “take longer than normal to confirm”.

It has also set up a “simplified” online booking form through a new link that had been “authenticated and cleared by security and the tool is isolated from our network to avoid any risk to you. These bookings will be processed once our systems are restored”.

It added that for bookings made before the attack began on the 27 June, the data has been secured and saved in its systems, and that “equipment will be released as normal” for bookings that were confirmed.

Ports under the control of APM Terminals also began to resume the recovery towards full operation, a company advisory noted.

Of those three, Rotterdam is in the worst state, and has yet to reopen, and Maersk vessels have been diverted to other terminal in the port.

In Los Angeles, it has been able to utilise MSC’s TTI terminal, with the MSC Laurence, which operates the “M’s TP2 schedule, diverted. Meanwhile, Pier 400 has begun delivering imports out of the facility.

In the fall-out from the attack, industry experts have called on the various supply chain actors to come together to develop a coordinated response to the threat of cyber crime.

Philip Damas, director of Drewry Supply Chain Advisors, afrgued that a “cross-functional working group backed by experts with expertise in IT, organisation and knowledge of the digital shipping ecosystem” could evaluate the digital resilience of the supply chain.

“Cooperation between carriers, port operators, port community systems, governments as well as B2B platforms will be decisive to face and overcome such cyber threats in the years to come,” he added.