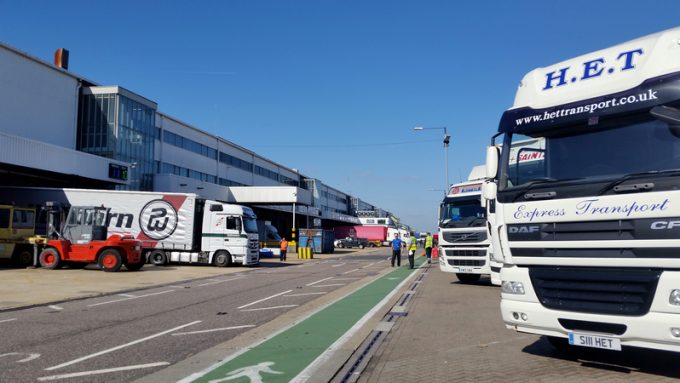 Lufthansa Cargo has imposed security charges for all cargo departing the UK on road feeder services (RFS)  for onward flights out of its European hubs.

Following Brexit, EU law no longer recognises trucked cargo from the UK as secure, and requires such goods to undergo rescreening before onward flights.

The carrier said: “We are legally obliged to follow this new ruling,” adding it would be be “voicing our concerns to the respective EU ministers”.

Although Lufthansa appears to be the first carrier to publish details of additional charges, there are expectations more carriers will. The Loadstar approached Air France-KLM Cargo to ask if it would impose similar surcharges, but the carrier did not respond before publication.

Noting that security arrangements in respect of air cargo amounted to ‘mutual recognition of standards between the EU and UK’, British government advice on trucking is less clear.

“Air cargo shipments transported by road from the UK to the EU, such as on ‘flight trucks’, may no longer be accepted as secure and may, therefore, have to be re-screened prior to onward flight,” says the Gov.UK website.

It adds: “There are separate arrangements for air cargo transported by road between the UK and the Republic of Ireland, whereby shipments may still be accepted as secure and therefore not require further screening.”

The director of Northern Irish forwarding operation Speedlink, David Rogers, told The Loadstar the changes in security requirements presented an opportunity for the region.

Belfast-based manufacturers have long complained about the speed of getting goods to market, with trucking into Europe – the only viable option – adding three days’ transit time to deliveries.

As a consequence, Mr Rogers said, his company had decided to introduce free-roaming explosive detection dogs (FREDDs) at Belfast Airport in an attempt to offer manufacturers north of Dublin an alternative.

“We have been working on introducing FREDDs in Belfast for the past two years, and it becomes the first airport [on the island of Ireland] to have these,” said Mr Rogers.

“FREDDs offer 98% effectiveness, one can clear 130 tonnes in an hour, are regulated under the CAA – which has stricter rules than both the EU and the US – and saves three days’ transit time. The idea is to encourage freighters to fly out of Belfast; it’s a game-changer.”