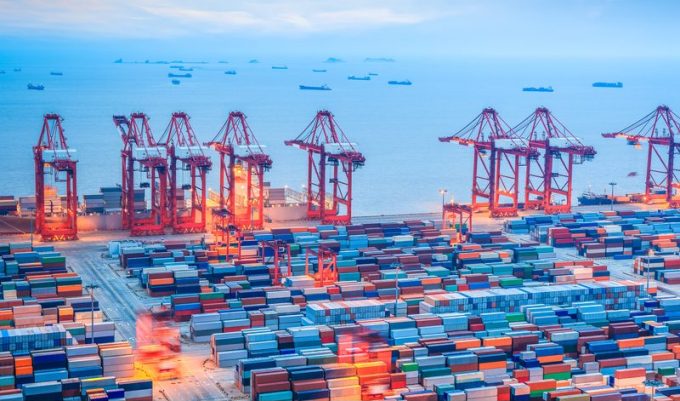 As Shanghai enters the second week of an indefinite lockdown, ocean carriers are increasingly omitting calls at terminals and preparing to announce more blank sailings.

And, depending on how long the lockdown lasts, the lines may need to look at idling ships for a while.

However, the full impact of China’s ‘dynamic zero-Covid’ strategy will not be felt by western consumers for a month or longer, as the current supply chain congestion in North Europe and the US unwinds.

“The recent spike in Covid-19 cases in China, and the resulting congestion around its ports, will have a domino effect on supply chains around the world,” said Michael Wax, CEO and co-founder of digital freight forwarder Forto.

Mr Wax said he expected the “shockwave” could take six weeks or longer to hit European markets, where retailers currently have “well-stocked” warehouses.

Meanwhile, analysts have suggested that, on the transpacific, the impact could also take some weeks to be felt, due to the backlog of vessels at the US west and east coasts waiting to discharge cargo.

Another issue stymieing export bookings is empty-container depots being shut, and even where they are open, there is a lack of available equipment. Indeed, UK-based forwarder Westbound Logistics warned last week of “an extreme equipment shortage in the north”, affecting the ports of Ningbo, Qingdao, Shanghai and Tianjin.

An Asia-North Europe carrier source told The Loadstar today bookings were down “about a third” from China for the coming weeks, and there were “bound to be” more blank sailings and ‘slidings’ as lines tried to navigate the lockdown conditions.

“It’s not just about the lack of exports, but it is also the ship operational headaches associated with not being able to discharge import reefer and dangerous goods containers at some terminals,” he said.

Elsewhere, a transpacific carrier contact told the S&P Global Platts weekly container commentary: “We are seeing a 20%-25% drop in volumes as a result of the lockdown. The extension in the Pudong area late last week has certainly not helped the situation.”

Meanwhile, news reports from China talk of a “slight easing” of restrictions in Shanghai today, following food shortages and angry protests at the weekend, but with the number of new cases of the omicron BA.2 sub-variant continuing to rise, there is no sign of an end to the government’s strict general lockdown measures.

Several analysts are likening the situation to the original Coronavirus outbreak in Wuhan over two years ago when demand originally plummeted, obliging carriers to lay-up ships, which was followed by a cargo rush when lockdown measures were eased, resulting in the current supply chain congestion and soaring freight rates situation.