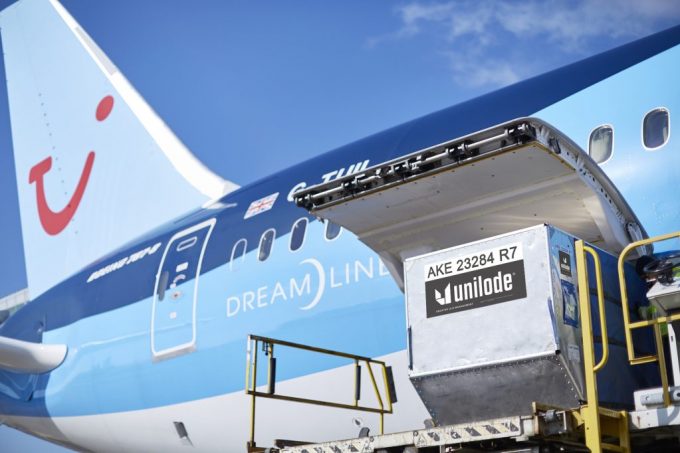 Technical staff at ULD provider Unilode are extra busy these days – and will remain so for some time.

The company is fitting its fleet of more than 125,000 ULDs with Bluetooth readers.

It’s a project that management expects to take more than two years, but it is aiming to have close to 80% of the units fitted out within 18 months.

More and more airlines have started trials with Bluetooth technology to provide their clients with better visibility of their shipments. And while they concentrate on straightforward tracking at this stage, most of them intend to broaden the use of the technology to monitor ambient shipment conditions.

For shippers of temperature-sensitive cargo, this promises a massive step up in cool chain quality. They can detect almost immediately if one of their shipments is subject to conditions that could affect its integrity, and try to take corrective action right away.

Such solutions have been around for a while, but the high cost has deterred all but shippers of highly valuable and time-critical shipments, like live organs for transplants and urgent vaccines or laboratory samples.

FedEx has garnered a considerable share of this traffic with its proprietary SenseAware offering, which combines a GPS sensor device with light and temperature probes and a web-based collaboration platform.

New technology is changing the picture and “costs have come down dramatically”, noted Patricia Cole, head of product at DHL Same Day USA, which deals with mission-critical international shipments.

The proliferation of much cheaper alternatives looks highly promising for the healthcare sector.

“Shippers are embracing hybrid sensors like Bluetooth. Everybody from manufacturers to warehouses and 3PLs tries to use IoT devices,” Ms Cole said. “For us, every shipment has some tag or sensor,” she said.

Not everybody is jumping in, though. Brussels Airport has played a leading role in the development of quality standards for air cargo services for healthcare and pharmaceuticals (it pioneered the CEIV concept), but handling facilities on its premises have not installed antennas for IoT or Bluetooth signals, reported Nathan De Valck, cargo business & product development manager of Brussels Airport Company.

“We don’t see that happening in our facilities yet,” he reported, something he attributed to uncertainty about technology standards.

The maritime sector seems to be ahead of the air cargo industry in this respect. In early October, the United Nations Centre for Trade Facilitation and Electronic Business released its first set of standards targeting the ocean container sector. The initiative was led by Traxens, a developer of smart container technology, in which some container lines are shareholders.

Mr De Valck sees the absence of a standard in air cargo as an obstacle, but likely only a temporary one. Shippers, forwarders and container providers are already moving in this direction, while airlines and handling agents have not been seriously involved, he said.

“It’s probably a question of time,” he added.

As the effort to construct end-to-end corridors with certified operators at every link increases, the pressure on handlers are carriers is bound to rise.