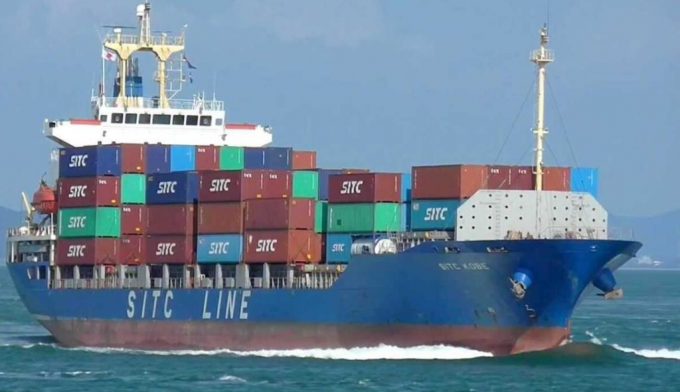 Intra-Asian ocean freight rates are “sliding”, but the market is holding up better than long-haul trades, according to Dimerco.

In its September Asia Pacific freight report, the Taiwanese forwarder said demand for ocean freight was weakening worldwide due to economic recession and inflation, with macro indicators “not suggesting a quick turnaround.”

Dimerco added: “Overall, ocean loading factors ex-Asia for long-haul trades fell 94%. The upcoming weeks could drop to 92% or so.

“Weak demand has led to sliding ocean freight prices. Intra-Asia rates from South-east and North-east Asia are also sliding, but are relatively stable versus those in and out of China.”

“The cargo movement within this region is still quite active due to the increase in trade among RECP countries, as well as the raw material transport required for the production move from China into South-east Asian countries,” Dimerco added.

According to Maersk’s latest Asia Pacific report, intra-Asia and intra-Africa were the only trades globally to see container volumes increase between May-July, growing by 3.7% for the period.

The carrier said the worsening economic outlook was “weighing on the container shipping markets”, as economic data pointed to a sharp slowdown in the US and Europe.

Morten Juul, Asia Pacific regional head of ocean management, added: “The changes to the macroeconomic environment are accelerating the pace of market normalisation and enabling ports to decongest, which, in turn, will put pressure on the value proposition offered by carriers.”

For Asia Pacific-Indian Subcontinent ocean freight, Maersk said, overall demand was softening due to the economic situation in destination markets, and added: “Automotive volume has been impacted by Pakistan’s economic situation and now also the flooding. We expect volume improvement will be delayed to October/ November.”

“Competitive Maersk Spot rates are on offer, and we encourage customers to utilise it. Vessels are delayed due to congestion [in Australia] and we are working on plans to improve our schedule reliability,” the carrier noted.