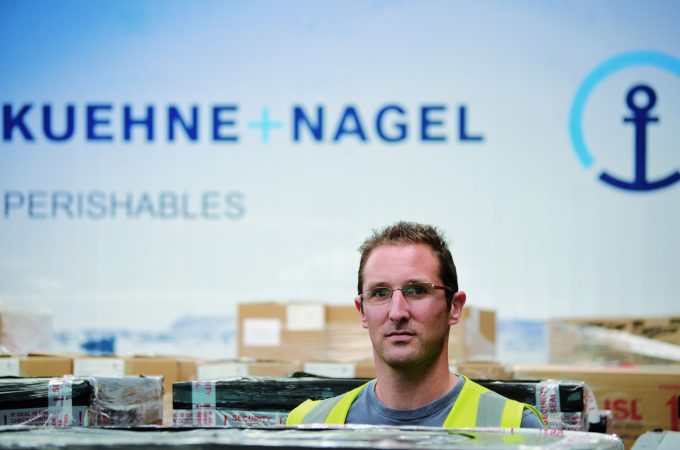 With the Center of Excellence for Independent Validators in Pharmaceutical Logistics (CEIV Pharma) concept gaining traction in the industry, IATA is looking at the viability of developing similar certification programmes for other commodities.

In light of its recent and projected growth and the need for special processes, the perishables sector is one area under consideration, alongside live animal shipments, according to Glyn Hughes, the airline body’s global head of cargo.

Brendan Harnett, CEO and chairman of forwarder Flying Fresh Air Freight, welcomes the idea of standards in this sector.

“We have made a large investment to service these products properly. We invested in coolers, we have x-ray equipment and we train our staff. I see some competitors who handle perishables in the parking lot of a carrier’s warehouse.”

He claimed some airlines also failed to apply stringent standards, which “damages our whole industry”, he added.

Chris Connell, CEO of perishables specialist Commodity Forwarders, which is being acquired by Kuehne + Nagel, said that from a pure process point of view, the idea made sense, but he expressed doubts about its viability.

“This is a very fragmented group of shipper countries, many of them in the developing world. Discipline around processes is not always a strength,” he said.

Compared to pharmaceuticals, consumable perishables typically do not have the margins to absorb significant investment in processes and equipment, plus the expense associated with obtaining and maintaining certification.

“There are some constraints when it comes to cost,” agreed Andrea Gruber, senior manager, special cargo, at IATA, adding that the cost of certification would have to reflect this issue.

Margins and affordability in different geographical areas have a profound bearing not only on the viability of a CEIV programme for perishables overall, they also affect the definition of standards themselves. Setting them too high would exclude many interested parties, setting them too low would dilute the concept.

“We need to understand where we put the bar and benchmark,” said Ms Gruber.

For all the diversity in the perishables field, the establishment of standards is not viewed as particularly challenging. Ms Gruber pointed to a host of national regulatory requirements, like food safety programmes in the European Union and the US, as well as best practice.

Mr Harnett said: “IATA has to reach out to its members who specialise in this field. A lot of expertise exists already. It’s just a matter of putting it together.”

Mr Connell sees solid measurements from a logistics point of view in the US food safety legislation as well as elements in the pharma CEIV scheme that could be adopted. However, the regulatory drive in the pharma sector had vastly stronger momentum, as shippers and logistics providers simply have to comply with these requirements.

There is some need for compliance in perishables too, but to a significantly lesser extent, Ms Gruber noted. “I don’t think this will be driven by authorities and regulators, more by markets,” she said.

Without the mandate to embrace more stringent standards, there is vastly less drive to advance a CEIV-type programme for perishables. While there is definitely interest in the industry, the push is not very strong at this point, which is why IATA is not pursuing the initiative aggressively for the time being, Ms Gruber believes.

“I don’t think today – and we saw the same in the pharma industry in the past – that producers see a need,” she said, adding that IATA was working with the Cool Chain Association and other organisations, and monitoring progress.

Over time, she anticipates a change in mind set, both in the food industry and on the consumer side. Currently, there is scant awareness among consumers of the waste in the food chain, she believes.

“It would help if you could get retailers, shippers, forwarders and the other players in the chain to measure waste. That’s where improved standards can create a better value.

“We need awareness, but everybody is defensive about their waste numbers,” Mr Connell said. “In pharma you can’t have waste. It’s a zero sum – either you get it right or you don’t.”