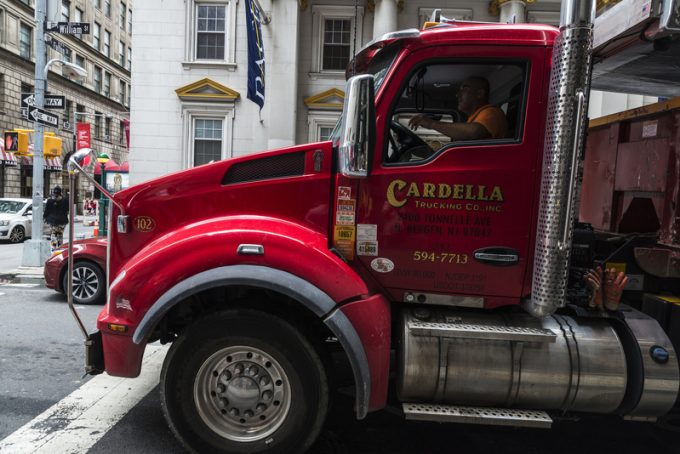 Driver shortages remain the number-one concern for many in the US haulage sector, but digital freight marketplace Hwy Haul sees technology as the key to the problem.

Since launching in October, Hwy Haul, which provides a digital platform that allows shippers to post loads they want transported, and hauliers to take on the job, has attracted dozens of customers with new ones joining every month.

Chief executive Syed Aman said: “It has been a phenomenal start, our business boasts 100% repeat customers, and of the drivers we have taken on 80% have returned for more work,” Mr Aman told The Loadstar.

“And these are quality customers, with our flagship client among the largest – if not the largest – electronics suppliers in the world.”

Mr Aman said what sets Hwy Haul’s system apart is its algorithm, which he says “perfectly” matches capacity with demand.

“This marketplace is not like B2C or what Uber is doing,” he said. “Freight haulage is a much more fragmented market, worth $800bn, so there is plenty to go around and it will take plenty of players – we just want to be among the best.”

To achieve this aim, Mr Aman said the company would need to play its part in addressing the near-300,000-driver shortfall in North America.

Various efforts have already been made by firms to address the issue, with Walmart recently announcing a major pay rise (to $91,000) that attracted 900 new drivers.

But, says Mr Aman, this does not address what he believes is the root cause of the problem: the thousands of miles drivers cover with no load.

“Using our interface, we can take that empty capacity and link it with shippers looking for it on the spot market.”

Figures from Bloomberg show the driver shortage is worsening, with consecutive quarter-on-quarter declines in driver numbers since the end of 2015.

Historically, trucking has had a strong reputation in the US, and Mr Aman claims it is the number-one job in 29 of the states.

“What we need to do is to make it attractive again, and to do that we must cut the waste from the supply chain,” he added. “America is an economy that moves on wheels and until that changes it is important to have someone behind the wheel.”

Having referenced Uber earlier, does this mean Hwy Haul would offer loans to recently licensed drivers that cannot afford their own rig? Not quite yet, said Mr Aman, but it is something the company has in the background for when it gets bigger.

“Our first goal is to reduce the wasted mileage and the wasted man-hours spent making calls to find capacity,” he said.

“We have 5,000 drivers signed up to Hwy Haul at present, and access to them is just a click of a button away.”