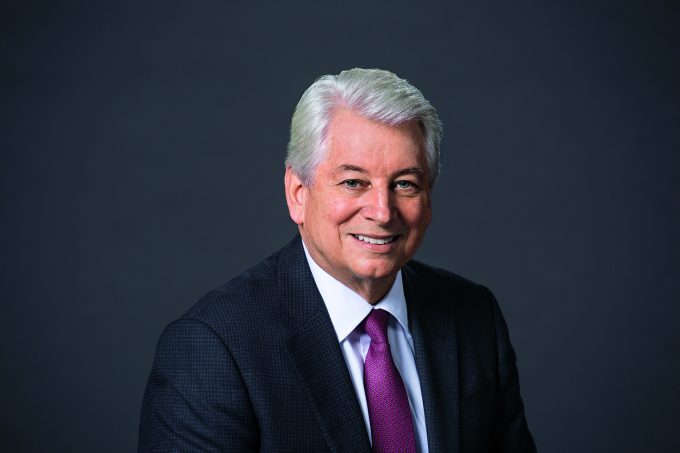 The US forwarder has advised clients to exercise caution in the upcoming round of contract negotiations, urging them to concentrate on total cost rather than just freight rates, to map their supply chains and build in flexibility to deal with the unexpected.

AGL chief executive and chairman Jon Slangerup (pictured above), a former chief executive of Port of Long Beach, noted that spot container rates were considerably more volatile than expected in the first quarter, and dropped significantly in February, but the longer-term outlook suggest a steadier environment for the rest of the year.

Economic factors, the US Federal Reserve’s stance on interest rates and indicators that shipping lines are going to show a more disciplined approach to capacity and pricing, all point to a more stable rate outlook, he said.

According to analysts at the Freightos Baltic Index, recent rate declines in the transpacific market have been broadly in line with seasonal patterns.

“Transpacific prices may be much lower than their November peaks, but they continue to remain significantly higher than last year (China-US west coast 36% up and China-east coast 23% up, year on year),” it noted last week.

Pundits report a broad consensus among shippers that pricing will be higher this year, partly owing to carrier measures to curtail excess capacity, but also as a result of higher bunker fuel costs due to the IMO’s 2020 sulphur cap.

Carrier executives appear poised to reduce excess capacity through blank sailings, Mr Slangerup added. The number of blanked sailings could increase by as much as 300% this year.

“That’s a lot of capacity being pulled out of the system,” he said, adding that demand is forecast to grow 4% this year, whereas capacity seems on a course to rise by 2%.

Preparations for the implementation of the sulphur content measures on January 1 are also going to take a toll on sailings. Shipping consultant Drewry warned that lines would likely try to buffer the rising cost of fuel through slow-steaming and a greater reliance on feeder operations, adding that some ports would likely be dropped to maintain transit times to key gateways.

And it noted that shippers appeared resigned to having to pay more towards fuel costs.

Mr Slangerup referred to bunker costs as a “massive point of confusion” in the marketplace at the moment, as “nobody knows where this is going to end up”.

“We anticipate cost will be rising until capacity catches up with demand in fuel production,” he said. He does not expect that equilibrium to be reached before 2020.

AGL has subsequently advised clients to work with carriers to find a middle ground, that balances cost with capacity, in their contract negotiations to keep their supply chains moving without compromising budgets.

Shippers should focus on total spend instead of rate.

“Trying to negotiate contract rates at the lowest possible level will ultimately wind up costing you more. Rather than trying to nickel-and-dime contract rates, focus on choosing a reliable carrier that will keep your shipments on time and on budget,” AGL advises.

Scrutinising the supply chain and examining the hand-off points is key to optimisation, he stressed.

“A typical supply chain has seven-to-ten points where a shipment is handed to somebody else. Mapping a supply chain, applying technology solutions and then tracking the improvement and economic gains, is going to be transformative, he said.