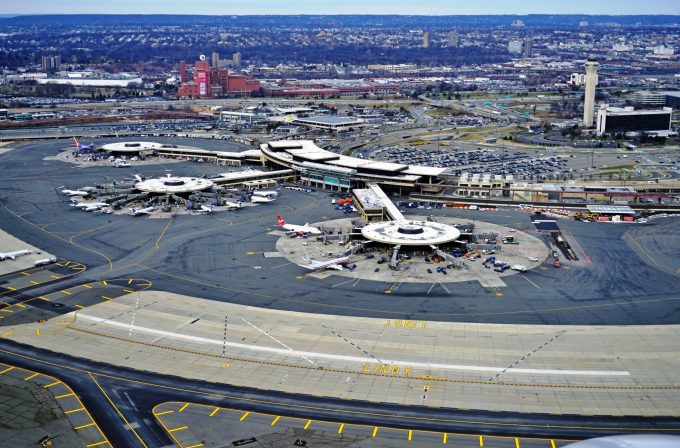 Amazon surprised observers last week when it turned its back on plans for a $432m air hub at Newark’s Liberty International Airport. The announcement, which was made by the landlord, the Port Authority of New York & New Jersey, marks a rare instance of retreat for the e-commerce juggernaut.

It came almost a year after Amazon won the tender process for the redevelopment of two ageing warehouses on the north side of the airport, on 5 August last year. It had pledged to spend $125m on the revamp of the buildings, taking the property under a 20-year lease. The operation was slated to come on stream in the first half of next year.

Amazon did not explain why the plan fell through after 11 months. The end of the project was announced by the Port Authority, which stated that the two sides had been “unable to reach an agreement on the final lease terms and mutually concluded that further negotiations will not resolve outstanding issues”. Amazon merely expressed disappointment that a final deal could not be reached.

Local opponents, led by labour groups and environmental activists that had driven much of the resistance to the plan, proclaimed victory after it was buried. They had hosted rallies against the project and urged lawmakers to fight the agreement. According to them, the e-commerce firm had been unwilling to meet environmental requirements. Amazon’s track record in labour relations and safety in its warehouses were additional flashpoints of opposition.

Joseph Schwieterman, director of the Chaddick Institute for Metropolitan Development at DePaul University, which has kept track of the progress of Amazon Air, noted that Amazon has not had a great image in New York after the botched plan to establish a second corporate headquarters in the city a few years back. Quite likely city officials were not enthusiastic about the Port Authority’s agreement with the company.

To the airport the failed project is not a significant loss, Mr Schwieterman claimed. Compared with Liberty’s overall traffic, Amazon’s flights there would have been a mere drop in a bucket, he noted.

Arguably the recovery of passenger travel makes cargo projects less enticing for airports than a year ago, but there are still many airports that would welcome Amazon, especially if they have land to develop, he said.

While cargo projects may seem less promising for airports today, the deal with the Port Authority must have looked less appealing to Amazon too compared to a year ago. Under the cold lens of cost pressures, the company’s accountants may have come to the conclusion that the outlay would be too big. Apparently, Amazon’s bid was $100m higher than offers from other contenders for the project.

Amazon is certainly feeling the pressure to rein in costs, which have gone through the roof. Last year its spend on logistics reached almost $152bn – nearly a third of net sales. In 2020 the company’s logistics spend was $119bn.

The cost pressure increased after the first quarter of this year saw Amazon suffer a $3.8bn loss, its first quarterly deficit in seven years. At its shareholder meeting in May, Amazon CEO Andy Jassy called cost management a top priority.

Management has signalled that it does not want to lay off staff (cynics would argue that its churn rate of 120% would take care of this) but that it is not backfilling some roles. Instead, it will defer construction on properties where the capacity is not needed at the moment.

According to a report from Bloomberg in late May, Amazon has been trying to sublet at least 930,000 square metres of warehouse capacity.

At this stage, a new development at Newark does not look like a hot priority. Opponents in New Jersey have criticised the agreement, saying it was, “shrouded in secrecy”. Amazon never revealed what exactly it was trying to accomplish at Liberty airport and what its role in the company’s air network would be.

The Port Authority called the project “a regional hub on the east coast” when the agreement was signed last summer.

“We have not seen a lot of evidence that Newark was to become a nerve centre,” commented Mr Schwieterman. “Amazon has not made a move to consolidate its New York operations at Liberty.”

Having started its air operations at small regional airports near fulfillment centres, the company has pivoted to large airports in recent years but has stuck to a multiple airport strategy, he noted.

Its presence in the New York/New Jersey region gives it ample room to cover the area. This spring it was running nine flights a day to JFK airport, seven daily flights to Hartford and another six to Allentown. Should those run out of capacity or prove ill-suited to cover some areas in the region, there are many more airports within a 150-mile radius, he said.

Under the present circumstances, with financial pressure not easing up, Amazon can do without the investment at Liberty.