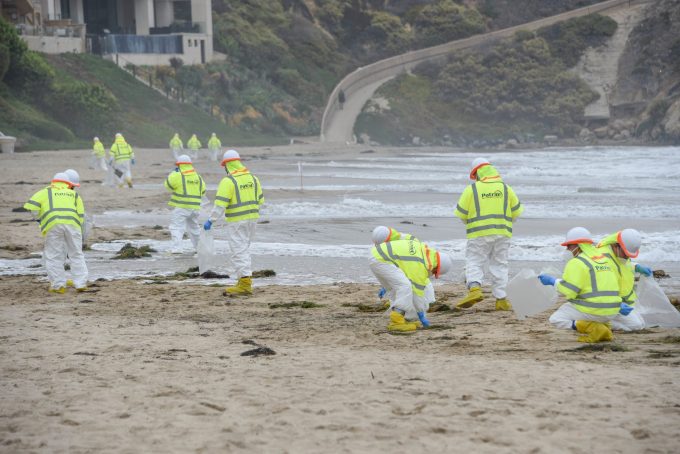 Hapag-Lloyd has categorically denied that its vessel, the 21-year-old Rotterdam Express, dragged its anchor onto an oil pipeline, causing thousands of litres of oil to spill into the ocean off the coast of California.

US Coast Guard investigations into the oil spill, about 10km west of Huntington Beach, south of Los Angeles, have led to the authority seeking clarification of the vessel’s movements during 21 and 22 September.

However, the German container shipping line’s head of corporate communications, Nils Haupt, told The Loadstar: “The Rotterdam Express was anchored at SF-3 anchorage off LAX-LGB area, as directed by San Pedro Traffic, on the 21st, at 5.54 local time. The anchor was dropped exactly as requested and confirmed by San Pedro Traffic.

“During the period in question, the vessel has not moved from anchorage and has not passed over the pipeline. During anchorage, no oil in the water has been spotted. Hapag-Lloyd is fully co-operating with all authorities involved.”

According to VesselsValue’s AIS data, the vessel, currently at anchor in Oakland Port, has not been detained by the coast guard, but Mr Haupt would not comment on any delays to cargo onboard.

Local reports suggest the Rotterdam Express made some “unusual movements” prior to the oil spill, which remain unexplained. According to Associated Press, the ship moved more than 300 metres to the southwest, near the pipeline’s location, but VesselsValue’s AIS tracker does not show this movement.

Other reports suggest a second, “mystery vessel”, in the vicinity, but so far The Loadstar’s investigations have found no evidence of this.

Pipeline owner Amplify Energy Corp said that between 476,962 and 111,291 litres of oil leaked into the ocean. Company investigations showed the pipeline had been dislodged and moved around 30 metres and oil was spilling from a crack in the pipe.