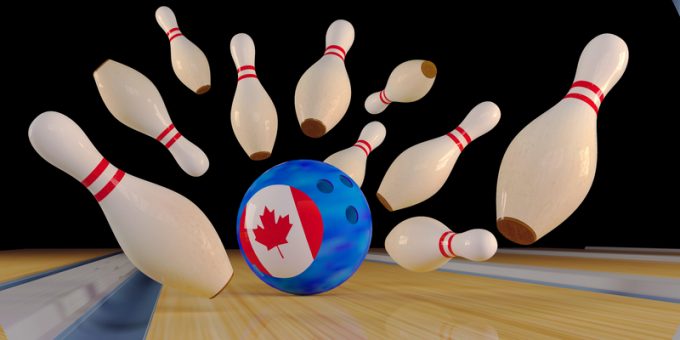 Cargo is moving again through the port of Montreal after the strike by 1,150 longshoremen that started on 26 April was cut short by the federal government.

It pushed legislation through parliament on Friday mandating an immediate resumption of work.

The conflict between the longshoremen and the Maritime Employers Association (MEA) has been going on since 2018, when the labour contract expired. Last summer, it reached a peak with two four-day work stoppages, followed by an 11-day strike that left large numbers of containers stranded and forced shippers to divert cargo through other ports.

The clash ended in a seven-month truce, but after its expiration, the confrontation rapidly escalated, culminating in the strike that began on 26 April.

On previous occasions, Ottawa’s legislators had refused to be drawn in, but this time it did not hesitate for long. Last Wednesday, Labour minister Filomena Tassi declared her department was drafting ‘back-to-work’ legislation.

She said at the time: “The situation is dire and the consequences are going to be very hurtful for Canadians across this county,” adding that the strike was costing the economy up to C$80m (US$65.16m) a week.

Workers returned on Saturday and all container and bulk terminals opened for business again on Monday morning.

However, it will take some time for cargo flows to return to normal. The port authority said terminals would handle 10 vessels, with a combined load of nearly 20,000 teu, over the coming days, but advised shippers they should expect delays.

Karl-Heinz Legler, general manager of Rutherford Global Logistics, said: “The backlog created by the stoppage has to be dealt with. Further congestion can be expected over the next two weeks when all the vessels that were at anchor or en route arrive.

“Normalisation of sailing schedules is also going to take a few weeks. Rail companies are working on correcting the equipment imbalance. In other words, lots of efforts have to be made by the various parties to bring things back to where they should be.”

The question is now over longer-term fallout. The back-to-work order bans the union from strike action until a new collective bargaining agreement is in place. Ottawa has indicated it would appoint a mediator in the coming days.

However, previous attempts at mediation have failed and the union is challenging the back-to-work order in court, calling it “an assault on the rights of 1,150 striking workers”.

It remains to be seen if shippers feel confident their cargo will move through Montreal without disruption. The MEA and port authority have blamed shippers’ concerns about disruption for an 11% decline in the port’s throughput in March.

The port handles about C$275m-worth of business a day and about 50% of that originates or terminates outside Quebec, in the Toronto area or the US Midwest. If those shippers are not convinced that the current state of affairs guarantees smooth flows and route their cargo over other ports, the end of the latest strike would be a hollow victory.