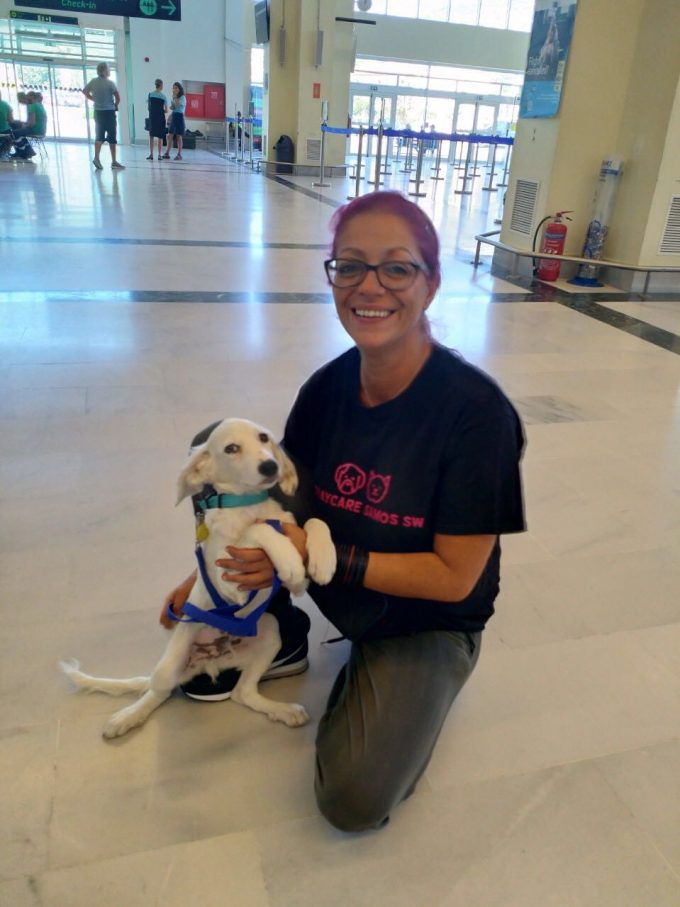 ECS Group HQ, 7 October 2019 – GAC UK has launched a new service, PetCare by ECS Group, which transports pets by air to and from the United Kingdom. GAC UK manages the whole transportation chain from arrival at the airport to collection at the reception centres.

“PetCare by ECS Group means that we look after the pet as though it were part of our family too – with care,” says Michelle HOUSE, Managing Director at Globe Air Cargo (GAC) UK. “We bring the reassurance of knowing that the pets will travel safely on board”.

GAC UK allows pets to travel on the same flight* as their owners, in a heat-controlled environment. In addition, they advise customers of the documentation required for the country they are travelling to as per the IATA Live Animal Regulations. GAC UK helps passengers move their beloved pets both in and out of the UK, but the GSSA also brings the pets of members of the UK armed forces back home when they are redeployed. Alongside this, GAC brings in cats and dogs that are being adopted from charities (for the most part) from Cyprus on a daily basis.

“With this product, it feels like we are really doing something positive,” says Michelle HOUSE.

GAC UK sets itself apart from similar pet transport services. “As the GSA for the airlines we represent**, we have preferential access to capacity, and we have a closer relationship with the airlines and the appointed handling agents. The ECS Group in-house tracking system, PATHFINDER, shows us live flight departure times and we can also check where the pet is in real time. It also means that when an airline changes the aircraft (to one without hold heat), we can move the booking to an aircraft that does,” says Michelle HOUSE.

To put this service in place, GAC UK called on the services of an expert with 11 years’ experience managing the export & import of live animals, who helped set up the GSSA’s own in-house operations department in order to train their staff and ensure that their team complies with all IATA rules and regulations for the carriage of live animals by air. A dedicated email address and telephone number have been put in place for this service: [email protected] and + 44 (0) 20 8757 4732.

Leisure Cargo files for insolvency after loss of major contracts

Leisure Cargo (LC) is to enter insolvency following the loss of contracts with TUI and ...