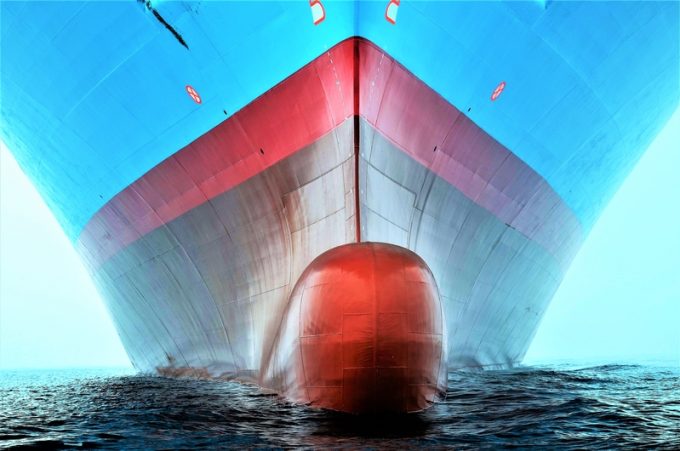 A wave of ULCV deliveries this year has pushed the total containership fleet capacity over the 23m teu mark, with the last million slots added in a breath–taking 14 months, according to an Alphaliner report.

However, the newbuilds, mostly consisting of ULCVs, have arrived at a time of softening demand growth across the major tradelanes of the world, which is already forcing carriers to blank a significant amount of headhaul voyages.

In fact on Monday the 2M partners, Maersk and MSC advised that the “temporary suspension” of their AE2 / Swan Asia – North Europe loop would commence one week earlier than planned, with the final schedule sailing from Qingdao on 25 September also being cancelled.

While the new ULCVs will in most cases immediately be deployed on the Asia – Europe tradelane the cascading impact of the incumbent tonnage being reassigned to secondary routes will have negative consequences on freight rates in those markets.

Ocean carriers received some 91,000 teu of newbuild tonnage in the last week alone, including two further MSC Gulsun-series 23,000 teu + vessels; the 21,230 teu Cosco Shipping Planet and the 20,240 teu Ever Globe.

According to the Alphaliner data, 826,000 teu of cellular capacity on some 108 vessels has been received by liner operators so far this year.

However, in contrast the scrapping of older ships has stalled, with only 165,000 teu reported to have been sold for demolition to date, due to a strong charter market driven by the demand for substitute vessels to cover scrubber installations on the existing fleet.

“A strong charter market gives owners little incentive to recycle ships, and several vessels that were initially bound for the breaking yards are now being kept in active service,” said the consultant.

Indeed, London shipbrokers Braemar ACM reported this week that there have been only three demolition sales in the past 30 days.

“Some of the demand increase since June is related to vessel downtime for scrubber installations. A total of 44 ships with an overall capacity of 465,000 teu are currently undergoing retrofit work at various shipyards,” said Alphaliner.

Brokers in London and Hamburg have confirmed to The Loadstar in recent weeks that open mid-sized container tonnage has become “very scarce”, especially in the panamax and above sectors, and there are anecdotal reports of daily hire rates doubling inside six months for the most sought–after ships.

However, this artificial charter market demand, caused by the looming IMO 2020 0.5% sulphur cap regulations on marine bunkers, is masking the weakening fundamentals of global trade.

Earlier in the week, shipping association Bimco reiterated its expectation for containership scrapping at some 200,000 teu for the full year but warned that the “fundamental balance of the container shipping market will worsen this year”.

Alphaliner said that it expected that the low scrapping rate would “persist for the remainder of the year” and as a consequence has lowered its recycling forecast to less than 250,000 teu from its previous estimate of 350,000 teu.