News / Freighters 'squeezed out' amid ground handling disruption at Frankfurt 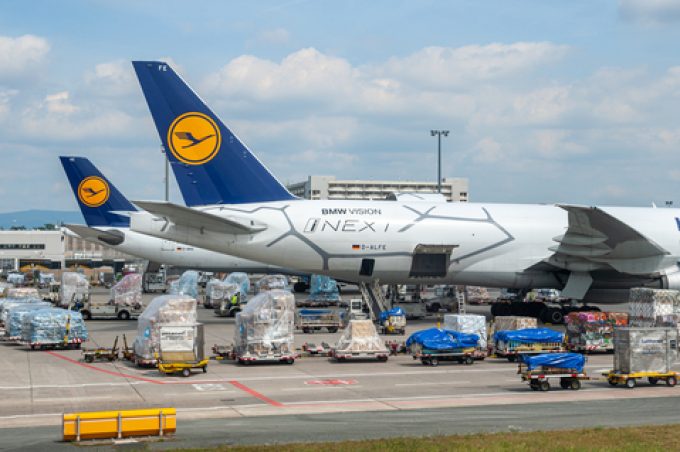 According to one pan-European air freight road feeder services (RFS) operator, which has a number of major cargo-carrying airlines among its customers: “The situation is serious as airlines are having to re-route freighters to alternative hubs, and this is causing disruption and delays.

“RFS activity has been impacted because truck processing (unloading and loading) at FRA is taking longer, which is reducing capacity and complicating slot management,” Jason Breakwell, commercial director of Wallenborn Transports, told The Loadstar.

“Overall demand for RFS has spiked because of the need to transfer cargo from and to the alternative hubs. In some cases, the extra workload is also causing delays and disruptions at the alternative hubs, although efforts are being made to scale up at short notice, despite uncertainty as to whether the current situation at FRA will improve by September or will continue through Q4.”

He said at Frankfurt specifically, freighter flights were being “squeezed out” to provide more capacity for passenger flights”.

Stephan Haltmayer, CEO of FRA-based SME forwarder Quick Cargo Service, said he had seen e-mail messages from Fraport’s cargo team requesting freighter flights be re-routed to other airports at weekends to “stabilise handling” at Frankfurt during peak periods for passenger flights, until the end of August.

“The situation remains critical. Ground handling capacity is limited through lack of labour resources. The additional ground staff hired for cargo have been re-deployed to handle passenger flights.”

A spokesperson for Lufthansa Cargo said the “ongoing tense [ground handling] situation” at Frankfurt meant freighters would operate from Munich at weekends until the end of July.

“There are four cargo connections between Friday and Sunday which will be operated by [LH and DHL joint-venture] AeroLogic. Apart from this, our freighter schedules are operating quite well, compared with the situation we had two weeks ago with cancellations and delays. Nevertheless, embargos and the ongoing ground-handling difficulties and [high] sick rates among staff can lead to changes and restrictions at short notice.”

The spokesperson added: “In the belly capacity segment, we have selectively closed flights for cargo on European flights, but on intercontinental passenger routes we are not seeing any serious effects from the handling disruption.”

In an update on the ground handling situation, Fraport said the measures it and passenger and cargo airlines had taken were helping to stabilise operations.

“However, exceptional circumstances, such as shifts in rotation, severe weather conditions such as the heatwave, or congested airspace can have a negative impact on operations. Thanks to extensive recruiting measures, we have already been able to hire more than 1,000 colleagues. Nevertheless, recruitment will continue, as we still need several hundreds of new employees due to the special challenges we face.

“However, the entire industry is also feeling rising sickness rates due to high workloads and coronavirus. Together with our partners, we are doing everything we can to be able to handle cargo as smoothly as possible – at the moment, on average 5,000 tonnes of cargo per day.”

Some airfreight executives expressed dismay at the situation, with one noting on social media: “Freighters saved the airport over the last couple of years, and now are being kicked like a little piece of dirt.”

As to whether other major European air cargo hubs are similarly affected with regard to ground-handling disruption, Mr Breakwell said: “In my view, not to the same extent, but insufficient labour caused by redundancies, summer holidays and Covid absence are a problem at all the major hubs and longer dwell times are reducing RFS capacity, despite overall volumes being slightly down on 2021.”

Other airlines have also acted. A spokesperson for Air France-KLM-Martinair Cargo said: “We are doing relatively OK compared to other [airlines].  We have taken a few measures, for example, limiting bulk (loose) cargo on certain flights, and extending MCT (minimum connecting times) for Express to mitigate possible handling capacity restrictions. Overall we are in good shape.”

Meanwhile, a spokesperson for IAG Cargo noted: “While the aviation industry is facing significant challenges today, we don’t envisage there being any significant issues within our cargo operations.

“Working with our five sister airlines, we’re continuing to use the strength of our global network to support our customers deliver goods to manufacturers and consumers across the world. We are actively recruiting for various roles from office base to airside as we emerge from the pandemic, whilst upskilling our teams through various learning and development initiatives.”

In a separate development, Dutch media has reported that Schiphol Airport is to pay air cargo handler Dnata €19.3m as “financial compensation’” for the relocation of the company from Schiphol Centre to the airport’s cargo area, South-East. It quotes a Dnata an annual report.
The Emirates Group subsidiary is moving to new 60,000 sq metre premises, made necessary because its existing facilities will be demolished to make way for the expansion of the airport’s taxiways. Dnata is scheduled to move to its new home in 2024.