News / Forwarders should become industry disrupters, but beware the politicians 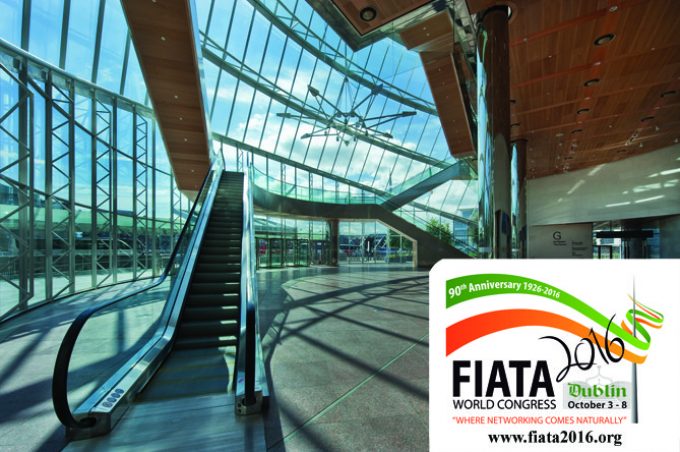 3PLs have the opportunity to disrupt the market – if they embrace technological change and smart working.

This was the message to forwarders yesterday at the opening of the FIATA World Congress in Dublin.

But one of the main barriers to growth is politics, they heard.

“You are the best placed of anyone in the transportation system to adapt and change,” said Robert Voltman, secretary general of FIATA.

“You are the Uber; the disrupters to the way shippers move their goods. You are the change that happens.”

Pointing to data from the US, he said that nearly half of large shippers used between two and five agents, while 38% used six or more. One quarter of LTL shipments in the US were handled by 3PLs, in the fastest-growing sector of the market, while 3PLs had taken 7% market share from carriers, giving forwarders and intermediaries a strong market position.

Mr Veltman added, however, that technology would be key to wielding the power that emanated from forwarders’ market position.

“If you have a process that’s manual today and can be automated, you have to do that,” he urged.

But in a wide-ranging session entitled ‘Working smart – world solutions to traders’, protectionism was seen as the biggest threat to trade and the forwarding industry.

Showing the impact on growth that followed the imposition of tariffs around the world in 1929, Mr Voltman noted that trade hadn’t risen to the same level until 1991.

“Let’s hope that the US doesn’t do anything stupid, like imposing tariffs again – it’ll take us right back to the 1930s.”

His warning was backed by other panellists.

Umberto de Pretto, secretary general of the IRU, believed the single most important change in 2017 would be protectionism and the mushrooming of policies. And he added that countries needed to ensure the smooth flow of goods over borders.

“Up to 57% of transport time is border crossings,” he said. “It’s not just direct costs that are affected, but lost business opportunities too.”

And he called for the industry to ensure it had the best people to ensure its transition into the new world.

“Working smart means having the right people. We can’t sit back and be run by the Ubers of this world.”