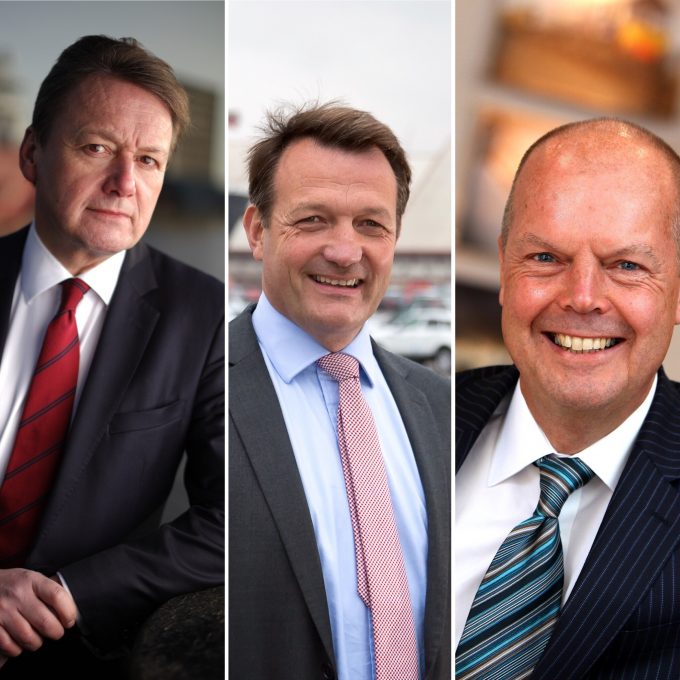 Additionally, Jerry Hopkinson, chief operating officer of PD Ports, will take over the vice chair responsibilities of Roy Adair from Belfast Harbour, while in a new development UKMPG has appointed an additional vice chair in the form of David Brown, chief executive of The Bristol Port Company, who will have a particular focus on safety, health and skills.

“I’m delighted to take on the chair of UKMPG at this particularly crucial time, not just for the ports sector but the UK as a whole. As the UK approaches Brexit it needs its ports – which handle 95% of the UK’s physical trade – as its main global gateways more than ever,” Mr Hammond said.

“UK Major Ports Group members are great examples of the ‘industrial strategy’ that the government wants to see in action today – highly productive, resilient and investing for the long term. Such investment, collectively more than half a billion pounds a year by UKMPG members, not only enables the UK’s major industries to access the world, it means that major ports are key catalysts for jobs and growth in the regions where they are based.

“This huge contribution is fundamental to the nation’s success and the everyday lives of people throughout the UK,” he continued.

“On behalf of all the UKMPG members I’d like to thank James and Roy for their hard work as chair and vice chair respectively. Their efforts at highlighting the crucial role ports play in enabling the UK to trade with the world, as well as their leadership of the ongoing battle to secure a regulatory environment for the UK’s unique, private sector and highly competitive ports sector is something that we’re all grateful for,” Mr Hammond added.

Tim Morris, UKMPG chief executive, said: “All three [new executives] are highly experienced leaders with a passion for growing the UK major ports sector’s already substantial contribution even further – both through strengthening the UK’s ability to trade with the world and boosting investment and growth in major ports areas.”

Commenting on the creation of the new vice chair role focused on safety, health and skills, Mr Morris added: “The safety and health of our colleagues has to be our top priority and this vice chair role which demonstrates the commitment of UKMPG members to this crucial area.

“But the commitment of UKMPG members to our colleagues doesn’t end with safety – to be successful for the long term major ports increasingly require higher skilled workers in every area.”

UK trade is beginning to feel increasingly isolated from global markets, but confusion rages over ...

A tranche of newly awarded freeports presents an opportunity to regenerate both the UK’s logistics ...

'Cold ironing' can reduce emissions at UK ports, but government must help

The UK ports industry has called on the government to help it reduce carbon emissions ...

The deadline for submission of bids to build and operate seven proposed freeports in England passes today, with ...

Some of the UK’s largest shippers have written to MPs demanding a parliamentary inquiry into ...

UK trade can expect a “painful” exit from the European Union as ports requiring physical ...

Alterations to shortsea container and ro-ro sailing schedules between the UK and continental Europe are ...